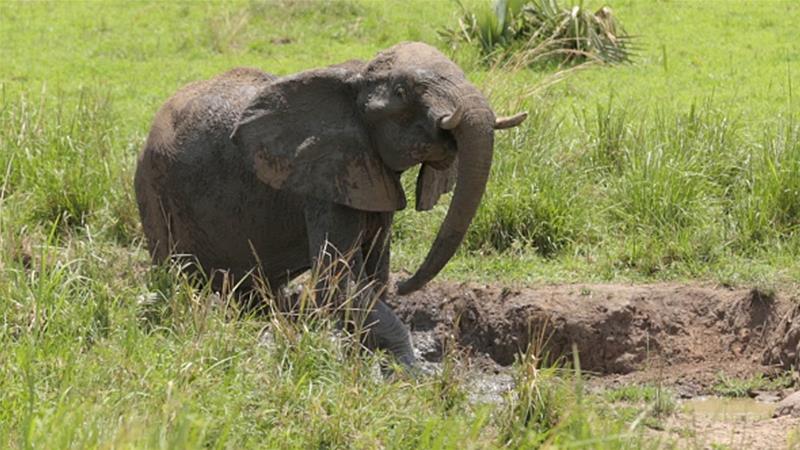 Authorities announced the seizure Thursday, saying that two Vietnamese nationals had been taken into custody. They allegedly attempted to smuggle the contraband, worth millions of dollars, through Uganda’s border post at Elegu.

Smugglers reportedly had hidden ivory pieces and pangolin scales in melted wax that had been poured into hollowed logs. A scanner revealed the illegal cargo, transported in trucking containers.

“We got intelligence that these people were concealing these items, and we controlled the trucks’ arrival in Kampala,” said Dickson C. Kateshumbwa, customs commissioner for the Uganda Revenue Authority.

The ivory’s origins and destination are still unknown, he said. Investigators were looking into who was behind the contraband operation.

“Obviously, we are investigating the whole racket because trade in these items can aid conflict in the region,” he said, noting “we are talking of millions of dollars involved. That’s why we are trying to investigate the entire chain, so that we have the whole network taken to court.”

Kateshumbwa said the interception should send a warning to prospective smugglers that Uganda’s borders are becoming increasingly impenetrable.

International trade in ivory is banned. Eight species of pangolin are listed as vulnerable, endangered or critically endangered.

Authorities estimate 20 metric tons of ivory were trafficked through Uganda, mainly to Asia, from 2009 to 2014.

Kateshumbwa estimated that, given the amount of ivory taken in the latest seizure, 300 of the creatures were killed.

Poaching and conflict have reduced the number of African elephants to just over 415,000 as of last year, the World Wildlife Fund reports.

This report originated in VOA’s English to Africa service.