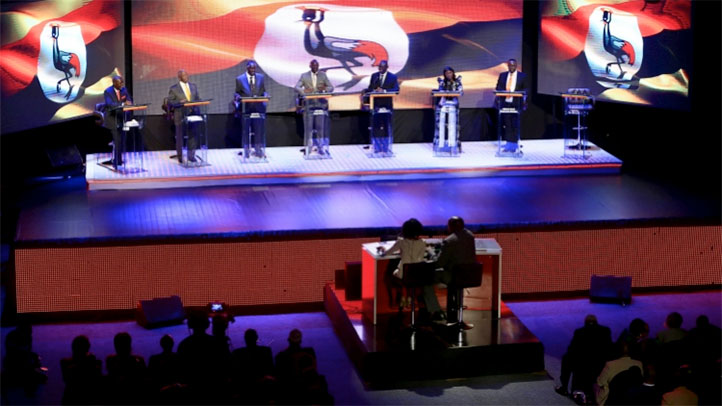 KAMPALA (HAN) February 3, 2016 – Public Diplomacy and Regional Stability Initiatives News. As Uganda prepares for national elections this month, the country’s youth are split over the decision to exercise their right to vote. The growing number of young eligible voters could hold considerable sway in the balloting. Yet many feel ignored by candidates.

Uganda is one of the youngest countries in the world, with 78 percent of the population below the age of 30. Yet when it comes to voting in the upcoming presidential elections, many youths are opting out. It is not a disinterest in politics, but rather a feeling expressed by many that their involvement lacks impact.

Kalema says he will absolutely vote, but acknowledges their manifesto has been largely ignored by candidates.

“Because now if these candidates that are seeking political offices, if their manifestos have not identified with our demands so tomorrow I may sit down and say ‘now why should I go and vote’. So partly it has contributed to voter apathy. Because they have failed to attract youth with the programs they have,” said Kalema.

Many also feel they could face a danger going to the polls. A recent report by Human Rights Watch says frequent use of teargas and police brutality could undermine free and fair elections. Vote rigging is also a concern.

Moses Egunyu, an assistant project officer at the International Republican Institute, says many youth who grew up under Yoweri Museveni’s presidency see voting as pointless.

“People can’t afford basic needs. So what’s the point of elections?… And then of course many Ugandans feel like maybe it is even impossible to even change leadership by just casing a vote. It’s not happened in Uganda before,” said Egunyu.

“The fact is there is still some times where I feel, even if I go and vote, what is going to change? I really look at the situation where whether it is Amama or Besigye coming in, maybe just a change of person, but it’s not necessarily a change of practical leadership,” said Nakyanzi.

Uganda’s national elections are scheduled for February 18. According to the Electoral Commission, some 15 million Ugandans are registered to vote.