Home Ethiopia THINKING – NOT SO MUCH – OUTSIDE THE BOX: THREE FEDERAL CAPITALS... 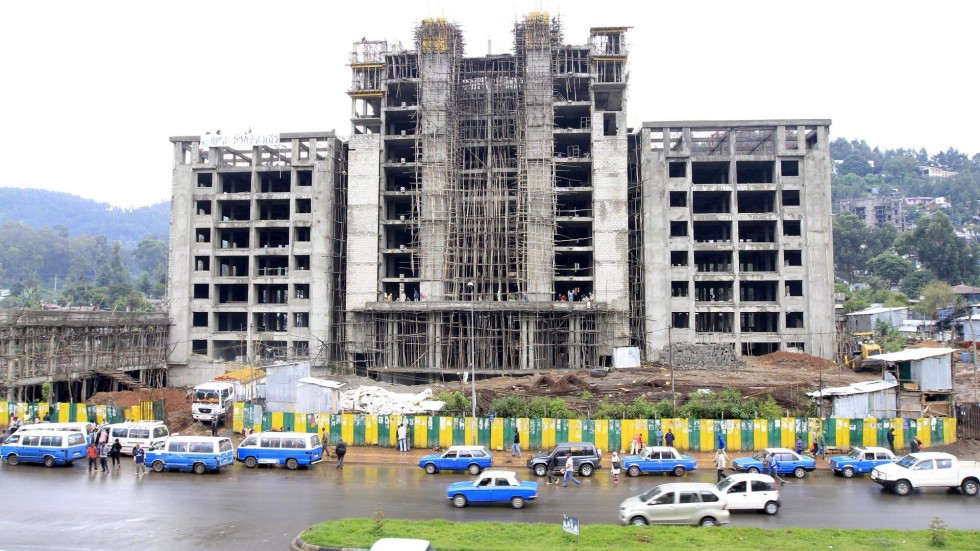 Relocating the legislative and judicial branches of the federal government to the regional cities is likely to bring a degree of dynamism to the economies of the latter. Moreover, the establishment of federal institutions in these cities would bring immense financial and other resources to the latter, argues Zemelak Ayitenew Ayele.

When the establishment of the Union of South Africa was being negotiated in the late 1900s, one of the most contentious points among the four negotiating parties – the British colonies of Cape, Natal, Orange Free State, and Transvaal – was the issue of where the capital of the Union should be located. The Cape colony maintained Cape Town should be the capital of the Union while Transvaal insisted Pretoria was better positioned for the purpose. The Orange Free State and Natal also had their own ambitions of having the capital located within their respective jurisdiction. In the end a compromise was reached to the effect that the Union would have three capitals, in three of the four members of the Union, and each of the capitals would host one of the three branches of the government of the Union. Cape Town was chosen as the seat of Parliament. Pretoria became the seat of the executive and administrative organs of the government and Bloemfontein, the capital of the then Orange Free State, the seat of the judiciary. Natal received financial compensation in return to giving up its bid in this regard. Cape Town, Pretoria and Bloemfontein to date serve as the legislative, administrative and judicial capitals, respectively, of the Republic of South Africa. This judicious compromise at the time helped break the political deadlock among the negotiating parties. Now, this arrangement symbolizes the political inclusion and national cohesion of the people of South Africa.

Our Constitution, in contrast, designates Addis Ababa as the sole capital of the Ethiopian federation. It is unclear whether and to what extent the framers of the 1995 Constitution considered having more than one federal capital. Yet, it is often stated that the central consideration for making Addis Ababa the only capital of our federation was making government services easily accessible to the public. Hence all branches, and most of the administrative organs, of the federal government are located in Addis Ababa. It is also reported that the federal government is currently planning to build new parliamentary houses, a presidential palace, and an office and a residence for the Prime Minister; all to be built here in Addis Ababa. Without presuming to be the first to make such a suggestion, I maintain that, before the construction of the planned federal buildings commences, we, as a country, should debate on whether having a single federal capital is a good idea. I argue we should seriously consider having two additional federal capital cities and two of the three branches of the federal government should relocate to these cities. So doing, I contend, makes immense economic, social, and political sense.

Let me start with the economic argument. It is common knowledge that there is a massive concentration of economic investments and activities and wealth in Addis Ababa. A simple example is that close to 50 percent of all vehicles in the country are found here in Addis. Most of the infrastructural developments take place in this city. On the other hand, the regional cities are without significant economic activities. According to the report of the Ministry of Urban Development and Housing, they are characterised by ‘a poorly developed economic base, a high level of unemployment and a worrying incidence of poverty and slum habitation’. Studies also show that about half of the total economic investments in the country take place in or around Addis Ababa. This has allowed Addis Ababa to economically dwarf not only the other cities of the country but also the regional states, including the large ones such as Amhara and the Southern Regional State. For instance, Addis Ababa’s budget for the 2016-2017 fiscal year, which is ETB 35.4 billion (about USD 1.6 billion), is larger than the budget of every regional state, with the exception of that of Oromia. (The budgets of Amhara and the Southern regional states stand at ETB 32.7 billion (USD 1.5 billion) and ETB 27.7 billion (USD 1.2 billion), respectively, while that of Oromia is ETB 46.4 billion (USD 2.1 billion)). This is an expression of the extent of the economic inequity that exists between Addis Ababa and the other cities. Clearly, what gives Addis Ababa the competitive advantage that it has over the other cities is nothing but the fact that it is the sole political capital of the country. Obviously, such an imbalanced distribution of economic resources and opportunities is undesirable and all possible measures should be taken to avert it. Among such measure could be creating a mechanism that allows two more regional cities to share the benefit of being a federal capital with Addis Ababa. Relocating the legislative and judicial branches of the federal government to the regional cities is likely to bring a degree of dynamism to the economies of the latter. Moreover, the establishment of federal institutions in these cities would bring immense financial and other resources to the latter.

There is a massive influx of people from rural areas to all urban areas in search of a better life. Addis Ababa is most affected by such an influx. The city is increasingly becoming overcrowded, polluted, and congested with traffic. Crimes and traffic accidents are rising at disturbing rate. The city has also reached to a point where it is unable to adequately provide basic public services, such as transportation, health services and the like, to its residents. The long queues in all of the taxi ranks of the city, including during working hours, attest to this assertion. Designating two more regional cities as federal capitals is likely to relieve Addis Ababa of this pressure since significant economic opportunities will be created in the former which are likely to attract some of those who intend to move to Addis for economic reason.

In addition, Addis Ababa has been a source of conflicts, especially in the past 20 or so years, which resulted in the regrettable of death of hundreds of our fellow countrymen and women. This is chiefly because, with the purpose of accommodating its ever growing population, the city is incrementally expanding and, in the process, encroaching into the territory of the Oromia Regional State. Having two more federal capitals is likely to reduce the rate of, if not completely halt, the city’s horizontal expansion. This in turn helps prevent the periodical conflicts that are directly or indirectly linked to the expansion of the city.

Creating a national cohesion is the other, in my opinion the most important, advantage that having two additional federal capitals is likely to bring about. In the words of Edward Schatz such a measure can serve as ‘one of the more innovative tools for building states and national identification’. This is based on the supposition that national cohesion results from close contacts among different ethnic, cultural and religious groups, which in turn lead to a greater understanding among the different groups of people. The two additional federal capitals, which I assume would be among the cities in two of the nine regions, bring that close contacts among peoples of different ethnic and cultural backgrounds. Many would have to reside in these cities as federal employees or members of parliament. Others will have to travel across regional boundaries in search of services from federal institutions located outside of Addis Ababa. The arrangement consequently serves as a corrective measure to the often-cited shortcomings of our ‘ethnic’ federal and other similar systems: These, according to J Steiner, are locking the ethnic communities of the country in territories and limiting contacts among them, thereby accentuating their differences, legitimising their ‘separateness’, alienating them from one another, and ultimately destroying all elements unifying them.

I would like to stress here that I am by no means suggesting that the cities, which would be chosen to serve as the second and the third capitals of the federation, would, as is Addis Ababa, be federal cities and outside of the political and administrative jurisdictions of the regional states within whose territories they are found. I am simply proposing that two of the three braches of the federal government to be relocated to these cities. The regions should however be allowed to retain all political and administrative powers that they currently have over the cities. This is precisely the case in South Africa: Cape Town hosts the country’s Parliament; yet, the city’s direct accountability is to the province of the Western Cape, not to the national government.

It is useful to mention here that having more than one capital city may also be a workable arrangement in some of the regions, for instance, Southern Regional State (owing to the ethnic diversity there), Oromia (because of the region’s colossal territorial and population size) and Amhara and Tigray (for historical reasons). Moreover, such an arrangement would breathe life into some of the historic cities, for example Jimma, Gonder, Axum, and Lalibela—which remain to be mere antiques with little contemporary political or economic significance—and make them relevant for our age.

I would like to caveat my arguments with a reminder that other states, including some African states, cases in point being Nigeria and Malawi, had relocated their capitals with the declared objectives of achieving the lofty ideals mentioned above. They were however unsuccessful since the real motives underpinning the relocation of the capitals in these countries were ‘personality quirks or preferences of authoritarian ruler[s]’, and not the professed ones. Hence, the decisions to relocate the capitals in these countries were passed ‘against common sense, popular opposition, and the advice of wiser policymakers’.

Indeed, I am not here suggesting the complete relocation of the federal government out of Addis but of two of the three branches of the federal government, in particular the legislative and judicial branches. However, this should not be yet another national project which is dumped from above, lest it should be viewed as having other sinister political motives. It should therefore be undertaken with the consent and active participation of the Ethiopian people and the people of the cities and the regions concerned. The would-be legislative and judicial capitals should not be enjoined to host the two branches of the federal government. They should rather motivate as to why they should be chosen for the privilege.

Ed.’s Note: The author is an Assistant Professor at Centre for Federal Studies, Addis Ababa University. The views expressed in this article do not necessarily reflect the views of The Reporter. He can be reached atzemelak.a@gmail.com.