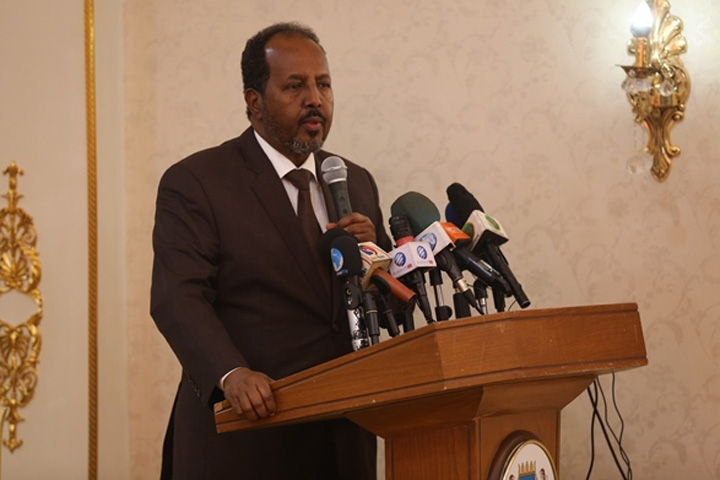 Upon arrival at Garad Wilwal Airport, Jigjiga, the President was welcomed by Chief Administrator of the Regional State, Abdi Mohamud Umer, and other local officials.

During the experience sharing tour, the Somali President took note of the successes the Ethiopian Somali Regional State has witnessed in the areas of peace, development and good governance.

The President’s visit is hoped to enhance the age-old ties between Ethiopia and Somalia and cement the people-to-people relations.