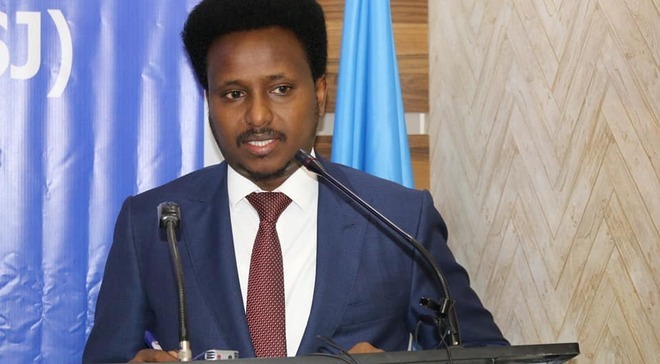 MOGADISHU – The director of the Somali Immigration and Neutralization Department, Mohamed Aden Kofi has survived an explosion attack in Mogadishu on Tuesday night.

According to security sources, an explosive device hit the convoy of the government official at KM4 junction in Mogadishu but the senior figure escaped unhurt.

Two civilians were killed in the attack and an unspecified number of others including the bodyguards of the Immigration Director were wounded in the botched attack.

Somali government did not comment on the nature of the attack but Armed group al Shabaab claimed responsibility for the attack on one of its online news sites.

Al Shabaab has intensified its attacks on government installations ahead of the planned presidential and parliamentary elections scheduled in the country.