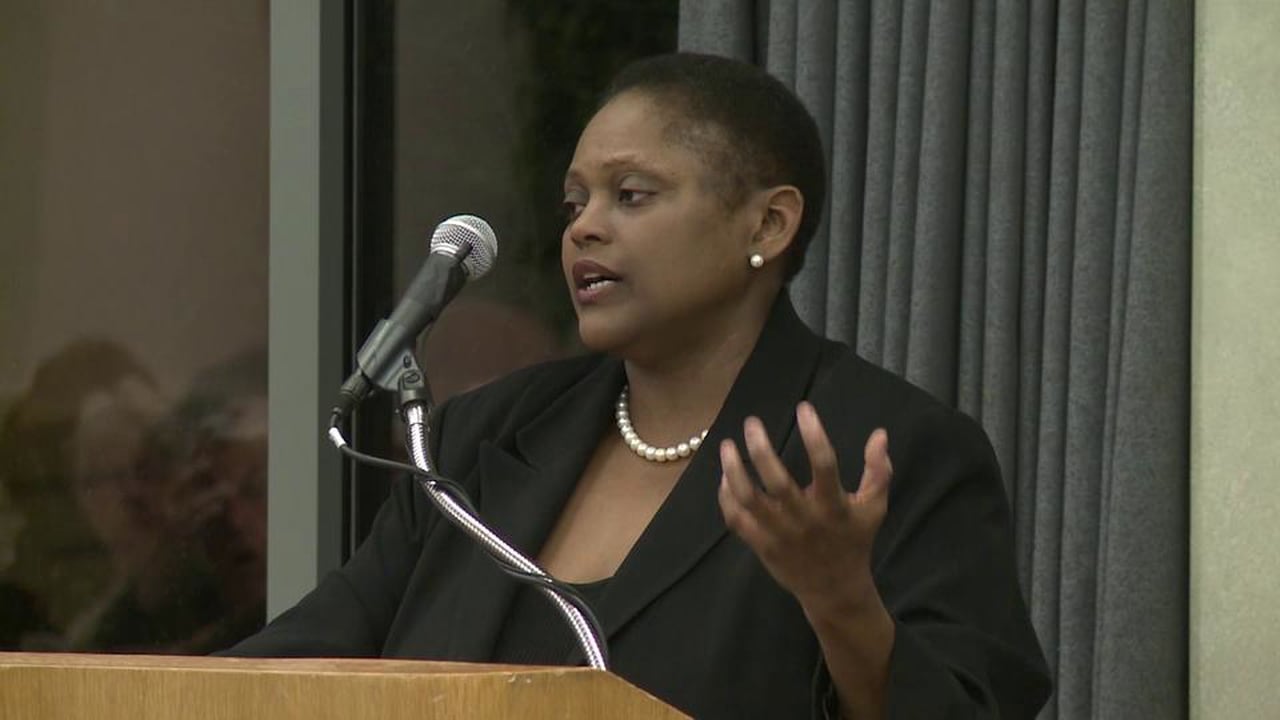 MOGADISHU (HAN) November 10, 2007. Public Diplomacy & regional Security. Good afternoon, and thank you for the introduction. I am pleased to have this opportunity to publicly discuss U.S. policy and engagement in Somalia.

I know that a lot of ink has already been dedicated to this topic in the American and international press, but I would like to offer you my impressions of everything that has transpired over the past few weeks and months.

It has been a busy month in the Horn, to say the least, but all of the frenetic activity has also offered reasons to be optimistic. For the first time in at least a dozen years, we have been presented with a real opportunity to rebuild Somalia and restore effective governance representative of all aspects of Somali society. This moment might not have come about by exact design or in the way that we had hoped and intended (although it is not entirely surprising), our response certainly can and will be purposeful.

For over 15 years now, we have all been preparing for that moment that offers a glimmer of hope. It has arrived, and we should seize it.

As many of you know, I recently had the opportunity to visit Djibouti, Ethiopia, and Yemen, in addition to Kenya, in support of broader efforts to achieve lasting stability in Somalia. If there is one lesson I took away from this trip it is this: Somalis are ready. Somalis are ready for peace; they are tired of war. While the Transitional Federal Government and the Transitional Federal Institutions are not yet ready to stand entirely on their own, they offer a promising vehicle forward for Somalia.

REGIONAL DIPLOMACY
In all that I do as Assistant Secretary for African Affairs, I apply the approach Secretary Rice refers to as Transformational Diplomacy. I work in partnership, as President Bush and Secretary Rice have directed, with my counterparts in African countries and regional organizations, and I rely on the wisdom of African officials and diplomats to resolve conflicts. This situation has been no different.

During my recent trip, I participated in a series of high-level diplomatic meetings, conveying the United States Government’s position on various issues. I spoke with President Museveni of Uganda and the African Union in Ethiopia. I also met with President Yusuf, Prime Minister Ghedi, Parliament Speaker Shariff Hassan, and representatives of Somali civil society.

On January fifth, Foreign Minister Tuju and I co-chaired a meeting of the International Somalia Contact Group on Somalia that demonstrated the international community’s strong commitment to supporting a sustainable political solution in Somalia through broad-based national dialogue and providing appropriate development, security, and humanitarian assistance.

At the end of the meeting, the Contact Group issued a communiqu recognizing the historic opportunity the Somali people now have to reach a sustainable political solution based on the framework of the Transitional Federal Charter. The Contact Group reaffirmed its readiness to provide immediate support to stabilize Somalia based on United Nations Security Council Resolution 1725, build the governance capacity of the Transitional Federal Institutions, and to provide immediate humanitarian and development assistance.

The Contact Group called for inclusive governance and additionally emphasized the urgent need for funding to facilitate the deployment of a stabilization force in Somalia, based on Resolution 1725. This communique and the other sentiments expressed by members of the Contact Group that day demonstrate the unity and common priorities of the international community on Somalia.

THE THREE OBJECTIVES
There are three primary U.S. policy priorities for Somalia. First, mobilize international support to help build the governance capacity of the Transitional Federal Institutions. Next, move forward with the deployment of an African stabilization force in Somalia. And third, encourage inclusive political dialogue between the Transitional Federal Institutions and other key Somali stakeholders.

On the first objective, we made good progress during the meeting of the International Contact Group on Somalia, during which the United States made an initial “down payment” of $40 million in new assistance for Somalia. This contribution signified our commitment to, and engagement with, Somalia’s revitalization. Our donor partners agreed to also work to identify additional resources.

As for the second objective, Uganda has offered to deploy 1500 troops, the African Union is already working on plans for a more robust stabilization force, other African countries are beginning to offer troops for this effort, and Foreign Minister Tuju recently traveled to five African countries to seek additional troop contributions.

However, the Somali people must be responsible for maintaining local-level security. This requires the development of a civilian police force, as well as an effective, unified national army representative of all of Somalia’s clans. Toward that end, we supported the International Contact Group’s call to quickly “establish local-level stability throughout Somalia, effective Somali security forces, including a civilian police force.” These efforts will be supported by the deployment of a stabilization force to Somalia, which will provide a secure environment in which a political process can move forward and effective security institutions can be developed.

It is very important that the peacekeeping force is led by Africans, especially participation by Muslim countries. The Contact Group correctly praised Kenya for its constructive leadership as chair of IGAD, as well as the Arab League and African Union, for their constructive contributions to this dialogue.

Africans have developed a strong record of negotiating the end to conflicts in recent years, as well as developing a strong ethic of peacekeeping. As Nigeria took the lead in Liberia and South Africa did in Burundi, we are hopeful that Africans will once again help what President Mbeki has called one of their “sister countries” move beyond strife and toward reconciliation. I believe the most direct parallel to the current situation in Somalia is Burundi.

POLITICAL INCLUSIVENESS
Most important is the path to peace, reconciliation, and stability. To a great extent, this process will rely on the government’s willingness to reach out and create an inclusive political process. This objective remains our greatest challenge.

To be clear, the United States has supported a process of inclusive dialogue since the then-Union of Islamic Courts defeated the warlords in Mogadishu in June 2006. The United States supported the Khartoum process and the seven points of the June 22 Khartoum Declaration, including the points of mutual recognition and cessation of hostilities. Unfortunately, extremist elements within the Council of Islamic Courts (CIC) – particularly the radical al Shabaab organization – hijacked the Courts, driving the CIC towards an agenda of military expansion and aggression.

Despite international efforts to encourage dialogue between the CIC and the TFIs, the CIC chose to repeatedly violate the terms of the Khartoum Declaration through the takeover of Kismaayo, the attack on the Parliament building in Baidoa, and military build-ups around Baidoa and Puntland. The Council of Islamic Courts repeatedly attempted to provoke Ethiopia into a broader conflict, beginning with the probe towards Baidoa on July 19, and again from November through December.

These were decisive moments. Ultimately, the CIC miscalculated in its decision to pursue a military agenda and refuse to join the governance process and the Transitional Federal Institutions through peaceful dialogue. When Ethiopia launched a counter-offensive against the CIC in December, the CIC structure disappeared faster than anyone here had anticipated, driven in large part by the withdrawal of support from the Somali population.

Hopefully, we have all learned from these developments, including the leadership of the Transitional Federal Government. The United States believes that the key to long-term stability in Somalia now lies in a process of inclusive dialogue and reconciliation. The leaders of the TFG must serve as symbols of this process. The statement that President Yusuf made to the Contact Group was a positive step, but the statements of the TFG leadership must be matched by positive actions inside Somalia. Unfortunately, the no-confidence motion brought against the Parliament Speaker earlier today is likely to have a negative impact on this process of dialogue, and this is another challenge that we must overcome. The Speaker is also on a tour making statements that are counter to the spirit of reconciliation.

Over the past weeks, the United States has encouraged the leadership of the TFIs to make clear through statements and actions that they are committed to an inclusive process of dialogue and reconciliation. We have been clear – we see a role in the future of Somalia for all those who renounce violence and extremism, and we strongly believe that the TFG must reach out to groups that have previously been marginalized from the TFG and the political process.

The TFIs must reach out to key groups inside Somalia, including: clan leaders, business and civil society, women’s groups, and religious leaders, among others. These groups, particularly those in Mogadishu, must also demonstrate their willingness to engage with the TFIs and to work together constructively.

Additionally, this means that we suggest the TFG reach out to moderate Islamists. We do not believe that the Courts should be reconstituted as a political entity, but the TFG should reach out to the diverse range of local, organic courts affiliated with various clans. The Courts’ members were, of course, also a heterogeneous group from the outset, so there are moderate individuals who could be drawn into the larger, official political process.

This dialogue must move forward very quickly to reach a sustainable solution, on the basis of the TFG Charter, in order to stabilize the situation in Mogadishu and allow all components of the TFIs to relocate to the country’s capital.

To clarify, we do not see this as an either-or proposition. The security and political components of the policy I have just described are more likely to function as two simultaneous efforts, progressing toward the same end point.

We understand that this is an ongoing process, and that we have not reached the end. Along with our African and international partners, the United States will remain engaged in supporting this much-needed process of inclusive dialogue, while also attending to the humanitarian needs of the Somali people.

CONCLUSION
We have come a long way since mid-June. How different things looked then! I believe that we have made significant progress toward supporting the TFIs and moving toward the rapid deployment of African peacekeeping forces.

Work remains to be done, if the political process is going to be inclusive, comprehensive, and successful. While we welcome the positive statements from Somali leaders and encourage them to take positive action, we are cognizant of the challenges we face – possibly including a lack of political will from some elements of the TFG to engage in such a process.

But we must also keep in mind one thing that works strongly in our collective favor; the Somali people are tired of war and yearn for what the TFIs can now offer – stability, security, and governance. By the time the International Contact Group next convenes, I hope that we will be able to remark upon the political progress Somalia has made.

I am optimistic, certainly more optimistic than a month ago. And I am reminded of something Sojourner Truth said: “It is often darkest just before dawn.” Of course, we don’t always know it until later.

Thank you, and now I would be happy to take any questions that you may have.