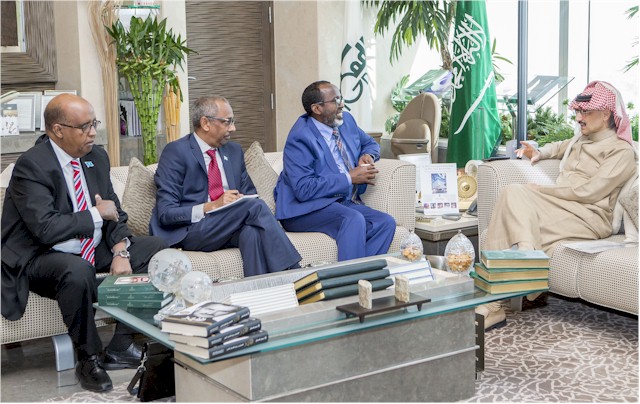 During the meeting, cooperation in the area of developments in the country in terms of security and politics was discussed, Ambassador Gelle added that Somalia is now open to investments and his investment will be an example to other global investors.

Finally, Somalia Ambassador requested the billionaire to pay a second visit to the country in order to witness changes.

Also in the meeting , Ambassador Gelle thanked the for visiting Somalia in 2011 during the famine and has requested the him to pay a second visit.