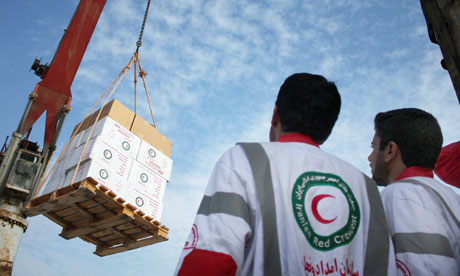 The contract has been signed during a video conference held between the two humanitarian organizations.

The head of Iranian Red Crescent Society Mohsen Ziaee insisted on the need to strengthen cooperation with IFRC, highlighting the effective and humanitarian aid sent to African countries within the past decade.

Ziaee also expressed joy over the commencement of a program seeking to promote human welfare in countries such as Somalia and Kenya.

“We hope to finalize the terms of the contract until November,” he added.

During the video conference, Elhadj As Sy, the secretary general of IFRC, admired Iran’s generous spirit in humanitarian movements and held up Iran as an inspiring example to the world.

Food shortage and famine have been of an issue for some years in various African countries. East African countries, including Somalia, Kenya, Ethiopia and Djibouti, have experienced a crippling drought over the last year, but the crisis has turned into famine only in Somalia.

Iran has made significant humanitarian aid to famine-stricken African nations which won praise by their governments as well.

The International Federation of Red Cross and Red Crescent Societies (IFRC) is the world’s largest humanitarian network that reaches 150 million people in 189 National Societies through the work of over 17 million volunteers. They act before, during, and after disasters and health emergencies to meet the needs and improve the lives of vulnerable people. TehranTimes