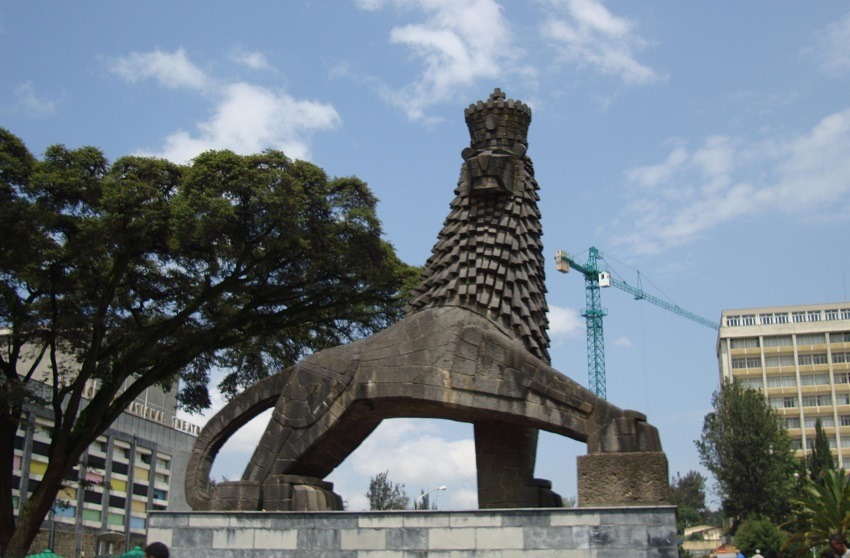 ADDIS ABABA (HAN) November 11, 2015. Public Diplomacy & regional Security. Ethiopia, which wants to become a hub for light manufacturing industries, plans to build four industrial parks in the next two years investing up to $500 million in each, a senior government official said on Monday.

It has so far finalised the construction of the 156-hectare Bole Lemi Industrial Zone south of Addis Ababa. Korean garment-maker Myungsung Textile Company and Taiwan’s George Shoe Corporation have operations in the park, which is currently undergoing expansion work. Another hub in Awassa, a 270-hectare site some 300 kilometres south of Addis Ababa, was set for completion in three months’ time.

Trade and industry State Minister Tadesse Haile said studies have been finalised to enable the launch of four more parks in the eastern town of Dire Dawa, Kombolcha and Mekelle in the country’s north, and Adama in the capital’s south. “It could cost $500 million per park. But the construction of industrial parks is a good attraction for investment,” Haile told Reuters.

“Our target for the coming five years is to be a leader in light manufacturing industry in Africa. This is inevitable,” he said. One of the continent’s fastest-growing economies, Ethiopia wants to shift away from farming and agriculture and sees manufacturing as a vital sector to create jobs and maintain high growth.

The industrial zones offer land for factories at $1 per square metre a month, tax holidays for up to seven years and customs and other services on site for those investing in the nation of about 90 million people. Investors are also attracted because the country benefits from the United States’ African Growth and Opportunity Act (AGOA) trade pact allowing duty-free exports to the U.S. market.

Among those with a presence in Ethiopia include clothes retailer Hennes and Mauritz (H&M), which is starting to source supplies, as well as U.S.-clothing maker Phillips-Van Heusen Corp which is set to source garments from the industry zone in Awassa.

Taddesse said global retailers Wal-Mart Stores Inc and France’s Carrefour had shown an interest to start purchasing from Ethiopia, as well as V.F. Corporation (VF) and Italian garment maker Calzedonia. “Ethiopia is now catching the attention of the big international buyers and investors,” he said.