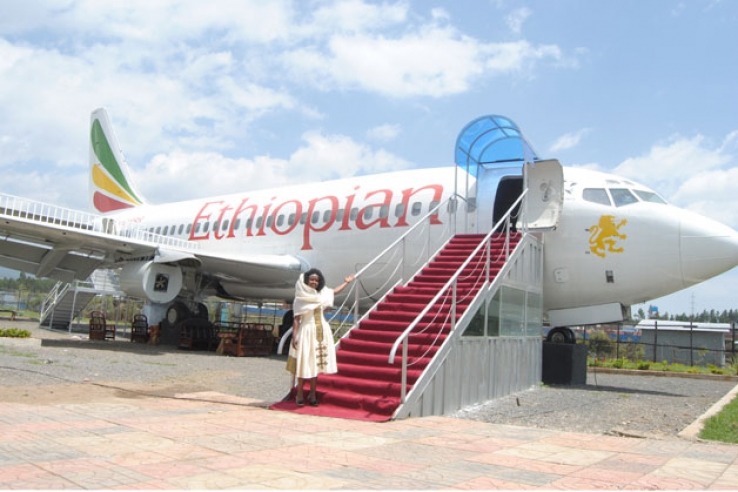 Guttama Gutta, the owner of the new aircraft hotel, told The Reporter that he invested some 30 million birr for the purchasing, refurbishing and decoration of the aircraft, which is now located in the town of Burayu, some 15 km west of the capital.

Guttama said that he made the investment in the hope of creating a type of recreational center in Burayu. The construction and installation of the aircraft, and having it ready for catering services, took two years, Guttama said.

When asked why he wanted to set up an aircraft restaurant in the town, he explained that his intention was to upgrade his previous business and by doing so the aircraft business came up. The engineless aircraft is said to provide both indoor and outdoor service where the Boeing 737 aircraft will host 60 individuals at a time for food and drinks.

Guttama added that the restaurant will provide services for weddings, birthdays and meetings.

In addition to selling the old aircraft, Ethiopian, according to Guttama, has provided decorative items and paintings. The new restaurant will officially be inaugurated today and will begin operations next week.

Ethiopian currently operates more than 67 aircraft out of which 20 are B373. Recently, Ethiopian agreed to purchase an additional 20 B737 MAX from Boeing for its growing operations worldwide.