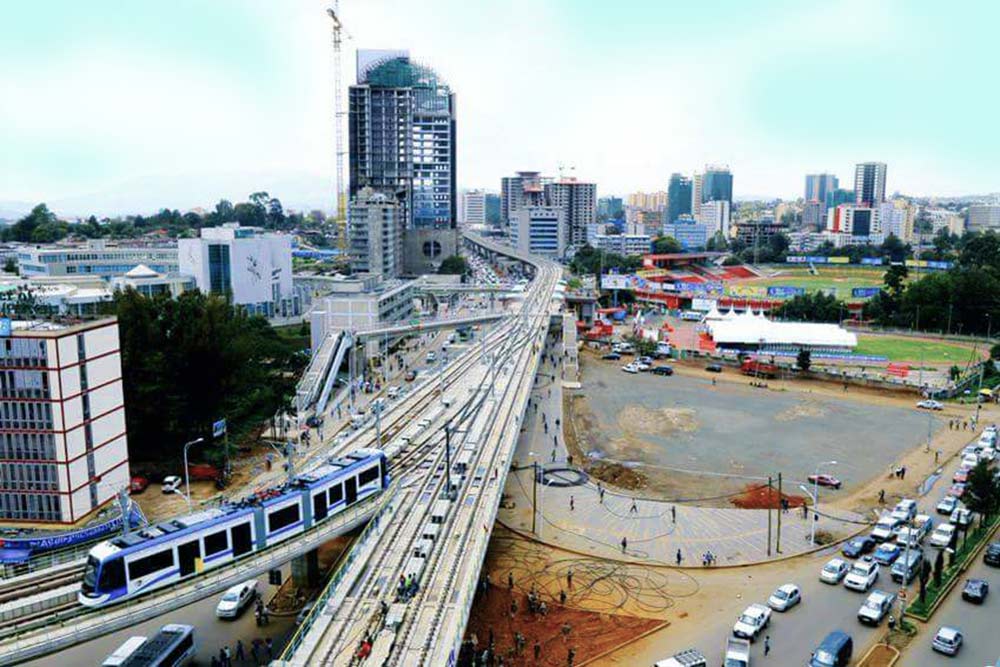 ADDIS ABABA (HAN) August 11.2016. Public Diplomacy & Regional Security News.By Abebe Wolde Giorgis. The transport sector has been playing a crucial role in reducing transaction cost for transporting goods and commodities in different parts of the nations. As part of the service sector, it contributes its own share to the GDP. And there are several stakeholders who are directly or indirectly engaged in the sector to play positive roles for the sector’s development.

The Urban Integrated Development Head Munir Ali said that the sector plays a great role in stimulating economic growth but there are numerous shortcomings which hamper the sector not to unleash its full potential. Among these, the importation of technically inefficient old cars which served for more than 20 years. These cars do not only affect the traffic system but also pollute the environment through the release of emission gas to the environment. In connection to this, the high fuel consumption character of the vehicles increase the nation’s oil importing bills.

Munir further said that the 200 percent tax for vehicle importation forced people to import outdated cars; and considering the negative impact of this, the government should improve the tax system.

For the effectiveness of the transport system stakeholders such as drivers, trainers and transport institutions should work together in order to solve problems related to traffic. According to Munir, the rate of car accidents in the city occurs 40 times per day and causes lose of human life and physical damages that incur additional cost for the maintenance and repairing. “The problems would be increasing due to the inefficient skills of drivers since the training institutions do not have complete and coherent curriculum,” he added.

Considering the necessity of modern transport system for development, the city administration is currently carrying out considerable activities. For instance, it has been constructing new roads that play crucial role in reducing traffic congestion. The discussion programs which took place on several occasions among the public, the road sector officials and the pertinent stakeholders could help to formulate solution to tackle the problem. The introduction of new rules and regulations regarding the sector is expected to bring positive out come. Side by side with these, proper relationship between the city road authority and international partners has brought the improvement of the transport system. The recent endorsement of the World Bank to provide 980 million dollar to the city road administration in the form of loan expected to make a difference in the transport sector. The establishment of new parking areas and buildings in the near future is also expected to address the problem in this regard.