Home Uncategorised Ethiopia: Army Says It Is in Control of Tigray Capital 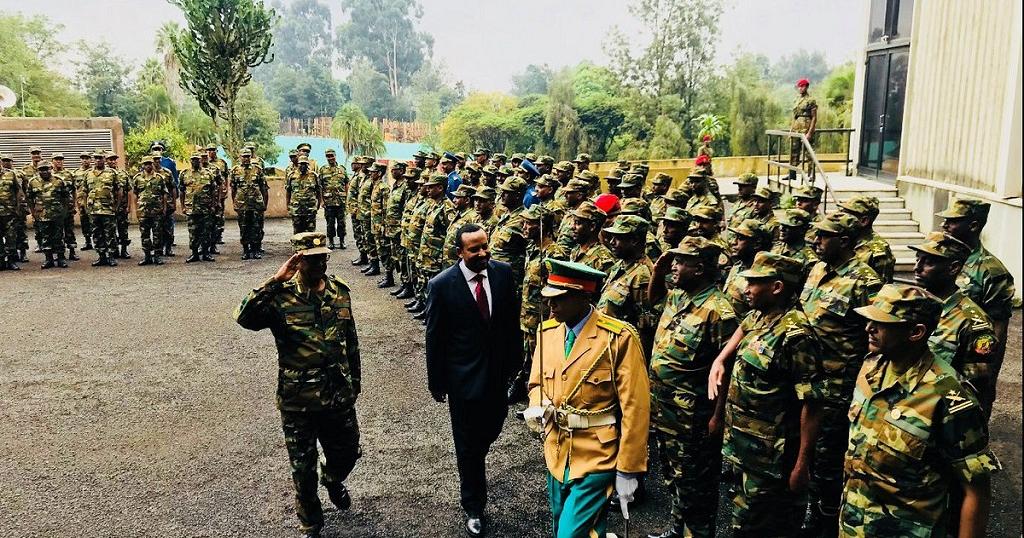 Prime Minister Abiy Ahmed says his army is now “fully in control” of the regional capital of Mekele. It is unclear whether the leaders of the rebellious Tigray People’s Liberation Front (TPLF) have surrendered.

Ethiopian Prime Minister Abiy Ahmed said Saturday that the army had entered Mekele, the capital of the Tigray region in an offensive against the region’s dissident leaders, state television reported.

“We’ve been able to enter Mekele city without innocent civilians being targets,” Abiy was quoted as saying by Ethiopian Broadcasting Corporation (EBC).

He later posted a statement on Twitter saying that “the Federal government is in full control of the city of Mekele,” and that the army would now locate Tigray’s leaders and arrest them.

“We now have ahead of us the critical task of rebuilding what has been destroyed…with the utmost priority of returning normalcy to the people of the Tigray region,” Abiy added.

The country’s military chief General Berhanu Jula was quoted by EBC as saying that 7,000 members of the federal army’s Northern Command had also been freed.

There was no immediate comment from the Tigrayan forces in the northern region who have been fighting government troops for more than three weeks.

Abiy said police were searching for the TPLF leaders. It was not clear if any of them had surrendered.

Ethiopia’s military “has started hitting with heavy weaponry and artillery the center of Mekele,” the local government said in a separate statement carried by Tigrayan media.

Two humanitarian officials in the city confirmed these reports, according to AFP news agency.

Reuters cited a diplomat in direct contact with residents as saying that explosions were reported in the north of the city, in the Hamidai area. A second diplomat also said the attack had begun.

The TPLF officials called “upon all who have a clear conscience, including the international community, to condemn the artillery and warplane attacks and massacres being committed.”

Ethiopian Prime Minister Abiy Ahmed’s office announced Saturday that government security forces had captured the city of Adigrat and was advancing on Mekele.

The government said it was trying to protect civilians, but also warned there would be “no mercy” for Mekele residents who do not distance themselves from the TPLF leaders.

The armed forces “do not have a mission to bombard its own city and people” said government spokesman Billene Seyoum.

“The safety of Ethiopians in Mekele and Tigray region continues as a priority for the federal government,” she added.

However, Major General Hassan Ibrahim said Ethiopian forces aim to capture the city “on all fronts.” The military officer warned that some TPLF rebels may “try to hide for a few days.”

“But our armed forces, after seizing the control of Mekele city, will be tasked to hunt down and capture these criminals one by one wherever they may be,” he said.

The military had expected to seize the regional capital “within a few days,” according to a report Saturday from state-affiliated Fana Broadcasting Corporate.

Last Sunday, the Ethiopian government gave the TPLF an ultimatum – which expired on Wednesday – to lay down arms or face an assault on Mekele, a city of 500,000 people.

Communications in Tigray have been down for weeks, making it hard to verify reports from the ground, but it is believed that hundreds, possibly thousands have already lost their lives in the fighting.

On Friday, the Ethiopian defense officials sent a letter to foreign embassies in Addis Ababa, threatening their defense attaches with expulsion in case they were working with enemies of the state.

“Some military attaches are working with those who endangered the security of the country, identified on blacklists and sought by an attorney of the court,” the letter said.

The Tigray region has been facing a rebellion for more than three weeks. On November 4, security forces loyal to the TPLF attacked the Northern Command of the Ethiopian National Defense Force (ENDF) in Mekele, killing several people.

While the TPLF claimed the strike was carried out in “self-defense,” Abiy said the TPLF had “crossed a red line” and ordered a military offensive.

The TPLF is popular in the Tigray region and dominated national politics until Abiy took power two years ago.

Since the violence began, some 43,000 refugees have fled to Sudan. The conflict has also spread beyond Tigray, whose forces have fired rockets at the neighboring Amhara region and Eritrea.

On Saturday, TPLF leader Debretsion accused the Eritrean military of crossing its border and raiding refugee camps in Tigray to capture refugees who have fled Eritrea in the past.

UN cut off from helping civilians in Tigray

The African Union (AU) has designated a special envoy to mediate between the government and the TPLF, which is also the region’s ruling political party.

Abiy, who won last year’s Nobel Peace Prize for a peace deal with neighboring Eritrea, has said he wants to remove the TPLF leaders before negotiations. He has also appointed an alternative interim government to run Tigray.

UN head Antonio Guterres has called for establishing humanitarian to help civilians caught up in the fighting last week.

The head of the UN refugee agency UNHCR Filippo Grandi said Saturday that access to the region was still “the main obstacle” and urged the central government to “grant us corridors or whatever they call it to provide assistance.”