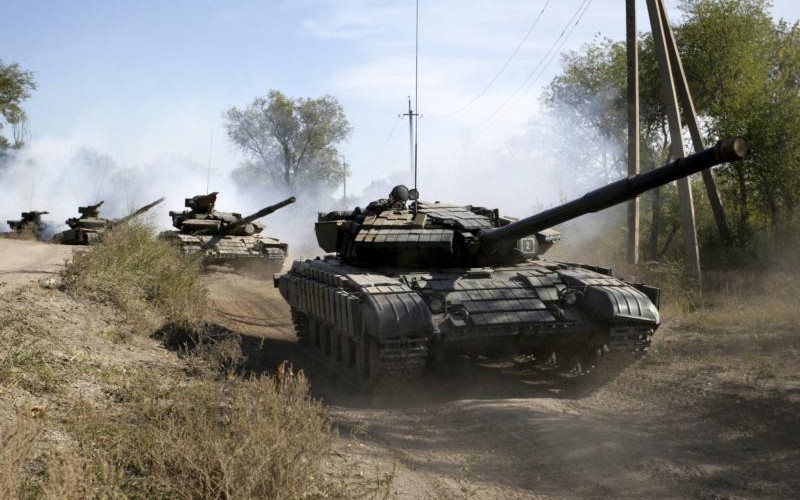 Djibouti  (HAN) October 8, 2015 – Opinion – Public Diplomacy and Regional Security News. Ukraine risks becoming ‘some kind of Somalia’ by Catholic News Service. The head of the Ukrainian Catholic church has urged the Vatican to show greater support for his country, as a senior Vatican diplomat warned the country risked becoming “a kind of Somalia”.

“I would have expected a lot more involvement by the Vatican – the time for cautious diplomacy is at an end,” said Archbishop Sviatoslav Shevchuk of Kiev-Halych, major archbishop of the Ukrainian Catholic Church.

“The fact that 70 per cent of Ukrainian army regulars fighting against separatists and Russian soldiers have Russian as their mother-tongue shows the unity of our people and our army. What we are seeing is a foreign invasion of Ukrainian territory by Russian troops,” he said.

In an interview with Austria’s Kathpress agency, Archbishop Shevchuk said a ceasefire appeared to have held during September in most disputed eastern areas, although a prisoner exchange and other moves still had to be negotiated. Meanwhile, a former Vatican nuncio to Ukraine warned the country risked becoming “a kind of Somalia in the middle of Europe”.  “Ukraine desperately needs support from abroad, so it doesn’t become a so-called failed state – this risk is unfortunately very great,” US Archbishop Thomas Gullickson, who was nuncio in Kiev from November 2011 until early September, told Vatican Radio.

“I hope the world, and especially the countries of Western Europe, will overcome their resistance and do the same as was done after World War II with the Marshall Plan. No one waited till all Nazis were behind bars – they began immediately to rebuild Europe.”

“There’s a real danger Ukraine will become a kind of Somalia in the middle of Europe – Europe can’t turn its back on the Ukrainians and close its eyes to what’s happening,” said the nuncio, who was reassigned to Switzerland and Liechtenstein. “Events in Ukraine will have consequences for the rest of the world. You can’t just say goodbye, good luck – keep warm and well-fed. We have to engage,” he said.

Leaders from Ukraine, Russia, Germany and France, meeting last week in Paris, agreed to back a withdrawal of tanks and heavy weapons from front-line positions in eastern Ukraine, as a first step toward elections in the rebel-held Donetsk and Luhansk regions. However, the Organisation for Security and Cooperation in Europe (OSCE) said it had yet to monitor the withdrawal and warned it had seen powerful multiple rocket launchers in Luhansk.

Moscow has denied sending troops to Ukraine, but admitted Russian “volunteers” are fighting alongside the separatists. Ukrainian Catholic leaders have repeatedly accused Russia of military intervention in the war, in which approximately 8,000 people have been killed and at least 17,800 injured since April 2014, according to September data from the UN human rights office.

Archbishop Shevchuk has previously urged a more forthright Vatican stance on the conflict.

In May, he told France’s Catholic La Croix daily Rome was “trying to safeguard its ties with Moscow” adding that the Pope’s pledge to stand with Ukrainians during a February bishops’ visit had not been “matched by action”.

In June, he told Poland’s Catholic information agency, KAI, Ukrainian Catholics appreciated the Holy See’s “mediating mission” but counted on Rome to employ “clearer terminology” and describe the conflict as an “act of aggression by Russia” rather than “fratricidal war”. sources..Catholic News Service.