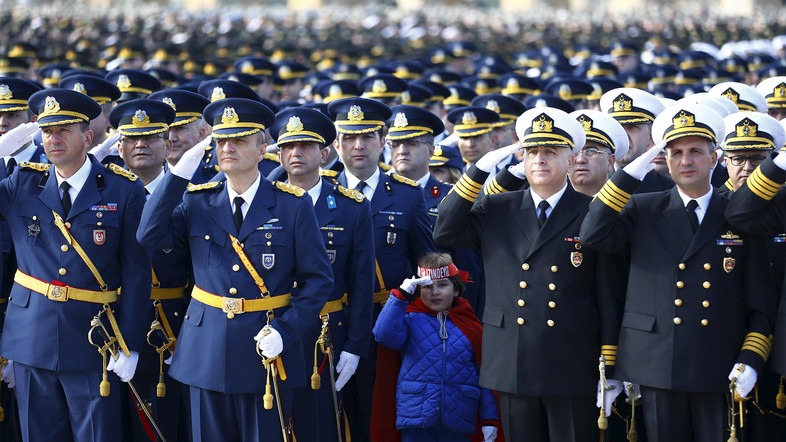 DJIBOUTI (HAN) December 26, 2015 – Public Diplomacy and Regional Stability Initiatives News.  The regional statecraft Institute of SIRAD reviews research that has provided insights about the impact of Turkish military involvement in the region. Turkey diversifies allies with first Mideast military base in Qatar; is it possible also in Djibouti and in Mogadishu, Somalia, Soon?  The military agreement signed by Turkey and Qatar in December, whose details became public this year, has symbolic and material implications for security in the Arabian Gulf Region, as well as Somalia and particular in the Horn of African maritime security.

The news opinion by Menekse Tokyay – Special to Al Arabiya News, Istanbul Saturday, 19 December 2015. In view of rising regional threats, Turkey seems to be diversifying its potential allies, especially on the military and energy fronts. According to a decision announced Wednesday by Turkey’s ambassador to Qatar, Ankara will have its first Middle East military base in Qatar, with 3,000 troops to be stationed in the country.

The base will be supported by air and naval units, special forces and military trainers. Joint training exercises will be held at the base, and Qatar will be able to set up its own base in Turkey. Qatar is home to the largest U.S. air base in the Middle East, where about 10,000 military personnel are placed. Currently, 100 Turkish troops are providing the Qatari army with military training. This move is in line with a bilateral defense agreement – signed in 2014 and ratified by the Turkish parliament in June – with the aim of confronting “common enemies.” The base and deepening bilateral partnership have strategic importance, particularly at such a critical time of rising instability and terrorism threats in the region.

Policy alignment
The regional policies of the two countries coincide with their support for the Muslim Brotherhood in Egypt, while they also support efforts to overthrow Syrian President Bashar al-Assad. They oppose Iran’s growing regional influence, and Russia’s intervention in Syria. Turkey and Qatar are members of the recently-announced, Saudi-led Muslim military coalition against terrorism. Aykan Erdemir, non-resident senior fellow at the Washington-based Foundation for Defense of Democracies, said Turkish-Qatari partnership is asymmetric, and based more on ideological affinity than realpolitik.

“Turkey has a wide range of security threats, and prioritizing the base in Qatar as Turkey’s first military installation abroad doesn’t address its immediate security needs,” Erdemir told Al Arabiya News. “The unfortunate reference to Turkey’s and Qatar’s ‘common enemies’ could further alienate Turkey from its neighbors and increase security risks.” Erdemir said it will be perceived in the Middle East as an alliance aiming to promote Muslim Brotherhood ideology. He said he expects the military base to draw further criticism from Iran, Russia, Syria, and Iraq, among others. “Turkey will therefore bear not only economic but also diplomatic costs arising from the base.”

Mutual benefit
However, building closer ties with Qatar is important in terms of diversifying Turkey’s energy sources, particularly amid a serious crisis with its main gas provider Russia. “Turkey is a brother country for us, and we stand by Turkey in every issue including energy,” said Qatar’s ambassador to Turkey, Salem Mubarak Al-Shafi. Brahim Saidy, professor of international relations at Qatar University, told Al Arabiya News: “This military base represents a Turkish commitment to the regional order, especially by extending its security guarantees to its Qatari ally.”

Saidy said the base will contribute to the external and internal security of its host. “It’s a key institutionalization of bilateral defense cooperation in terms of exchanging specialized technical committees and deploying joint forces.” Eyup Ersoy, an expert on Gulf politics from Bilkent University in Ankara, says the deal is an attempt by both states to address their perceived strategic isolation in the Gulf and the wider Middle East – a continuation of politics by other means. “For Turkey, Qatar has proved to be a reliable partner to achieve durable multilateralism in the Middle East, with whom it shares almost identical stances on most regional developments,” Ersoy told Al Arabiya News.

“By elevating their partnership, both Turkey and Qatar intend to realize strategic consolidation of their respective positions amid regional volatility and instability.” Ersoy said military cooperation with Qatar will enhance Turkey’s operational latitude in the Middle East in case of emergencies, while the base will constitute a concrete example of Ankara’s strategic depth in the region. However, “over time ensuring the safety of the military base and its personnel will become a liability for Turkey.” Source: alarabiya