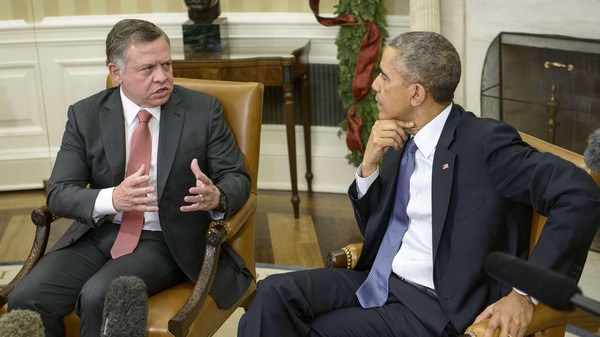 The meeting is being held within the framework of strengthening efforts and maintaining coordination and consultation among various regional and international parties to counter extremism and fight terrorism from a holistic approach.

It added in a statement that King Abdullah II met the presidents of Djibouti; Tanzania; Somalia, and Kenya in the coastal city of Aqaba to empower regional security mitigation strategy to support Somali Government.

The meetings, the court said, was held within the framework of consultations with different regional and international parties with the aim of countering the dangers of terrorism in Africa and the Middle East.

Jordan is a member of a US-led coalition against the militant organization Daesh in both Iraq and Syria.

In recent months, Jordanian warplanes intensified their attacks against Daesh sites following the burning to death of a Jordanian pilot by the militant organization.

The experience in Libya has been a nightmare for the whole of Africa, as militias and rebels across the belt from Mali to Nigeria, to Somalia, Sudan and South Sudan are believed to be fed with small arms and light weapons from the conflicts in Libya.