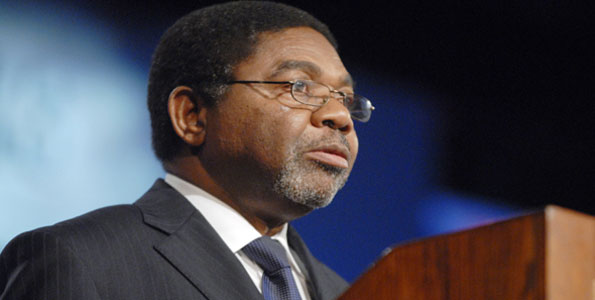 NAIROBI (HAN) March 24. 2016. Public Diplomacy & Regional Security News. Zanzibar’s re-elected president Dr Ali Mohamed Shein has called for calm in the isles after he was sworn in Thursday for his second term following a controversial election rerun boycotted by the main opposition.

Dr Shein, who faces a difficult task of forming a joint government with the opposition as stipulated by the Zanzibari Constitution, promised to work closely with political parties that participated in the rerun.

“As I form a new government, I appeal to everybody to play their role in building Zanzibar, and I will have zero tolerance on people who attempt to cause instability,” he said.

However, uncertainty continues to hangs over the archipelago after the main opposition Civic United Front (CUF) declined to participate in the re-elections and announced that it would not recognise Dr Shein’s presidency following what it termed an ‘illegal’ election.

The March 20 presidential and legislative elections were a re-run of October polls that were cancelled by the Zanzibar Electoral Commission (ZEC) after opposition CUF candidate Seif Sharif Hamad declared himself the winner before the results were officially announced.

According to the Constitution of Zanzibar section 39 (3), the president is expected to appoint his first vice president from the party that takes the second position provided that it garners at least 10 per cent of the total vote cast.

The Alliance for Democratic Change (ADC) which came in second managed to secure only 3 per cent of the vote, disqualifying it from the appointment.

However, Section 39A of the Constitution allows the president not to appoint a first vice president in the case where an opposition party qualifies for appointment into that office but is unwilling to provide a candidate.