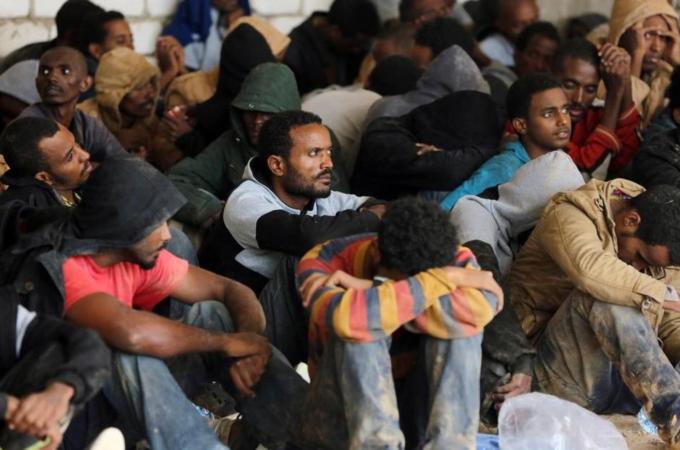 MOGADISHU (HAN) October 31.2016. Public Diplomacy & Regional Security News. Dozens of young Ethiopian and Eritrean migrants gathered on Sunday at a makeshift Orthodox church in the Calais “Jungle” camp, one of the only places still standing in the area, to attend a last service before the demolition is completed.

Bulldozers are flattening the sprawl of ramshackle huts and tents in northern France which had been home to 6,000 refugees and migrants from Asia, the Middle East and Africa hoping to cross the English Channel and start new lives in Britain.

Calais resident Pascal Froehly, who works for Caritas France charity, said he would like to see the church survive the “Jungle” demolition.

“It has been built quite solidly … it’s an opportunity to recognise the knowledge and ingenuity of the refugees, among other things,” he said, adding it was “a kind of reminder of what happened here, of the joy and suffering”.

It took migrants and volunteers about two months to build the church, which is made mostly of wood, and was completed in July 2015. French authorities said it would be destroyed, like the rest of the camp, but did not say when.

Most adults have now been bussed to reception centres across France pending examination of their cases, in a dismantling of the camp which started on Monday.

But the plight of hundreds of minors, nearly 1,500 of whom are now in temporary lodging in container-boxes in Calais, has become a point of dispute between Britain and France. (Reporting by Noemie Olive and Alex Fraser; Editing by Ingrid Melander and Alison Williams)