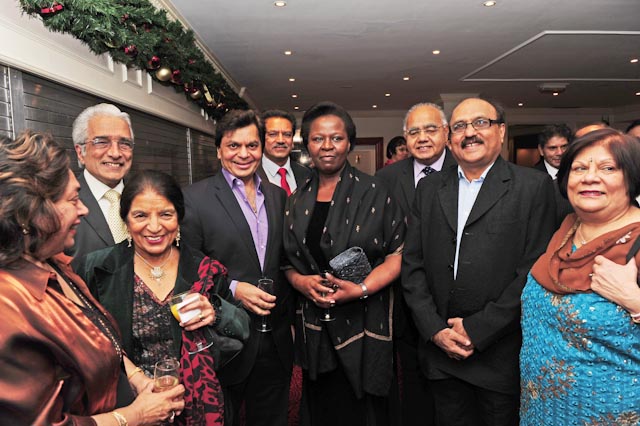 Kampala (HAN) May 16.2016. Public Diplomacy & Regional Security News. Drop by an upmarket hotel, cafe or restaurant in Uganda’s capital, Kampala, and the chances are the owner will be an Asian from the Indian sub-continent.

From running banks, farms, supermarkets and shopping malls, Ugandan Asians have regained their prominent role in the country’s economy, following their expulsion more than four decades ago.

About 50,000 Asians were made to leave the country in 1972, on the orders of military ruler Idi Amin, who accused them of “milking the economy”. At the time, they ran 90 per cent of the country’s businesses and accounted for 90 per cent of tax revenues.

Since their return to the country in the 1980s and 1990s, Asians have once again become a pillar of the country’s economy.

After they were forced to leave, a large, prosperous community of Ugandan Asians found itself scattered across the globe, many having lost businesses they spent years working on. In the years which followed, Uganda’s economy slumped.

But when President Yoweri Museveni — who won a fifth term in office in February — seized power in January 1986, he encouraged the exiles to return.

Now, despite making up less than one per cent of the population, they are estimated to contribute up to 65 per cent of Uganda’s tax revenues.

Sudhir Ruperalia was one of those who came back. He is now the country’s richest man with an estimated value of $800 million.

He spent time in Britain in the 1970s, where he says he worked a series of menial jobs before saving enough to return to Uganda.

“I started my business from scratch with $25,000 and since then, we have built up into seven different sectors. We employ more than 8,000 people,” Ruperalia said.

On the whole, Asian business ownership is more diverse than it was in the 1970s.

Ali Shah Jivraj, the 28-year-old founder and CEO of Royal Electronics, says while his parents and grandparents were in farming, his business is in consumer goods, electronics and real estate.

He says black Ugandans are involved in farm ownership and shop-keeping, which in the past had been almost solely Asian.

Racial tensions linked to Asians’ economic dominance still exist and have occasionally spilled over into violence in the years since their return.
But overall, blacks are mainly positive about employment created by Asians.

Among their main complaints were the special incentives offered to foreigners to do business in Ugandan, which they believed disadvantaged locals.

There is also a concern over labour exploitation, given that there is no official minimum wage in Uganda.

According to Chris Musiime, a campaigner, many Ugandans are more worried about the Chinese, who are heavily involved in infrastructure projects than South Asians.

“Some Ugandans complain that the Chinese bring in their workforce rather than employ and train locals,” he said.

Others, who have worked for the Chinese in unskilled capacity, speak of poor treatment and communication problems.

“They complain that some Chinese treat Africans much worse than the Indians ever did in the 1960s and 1970s,” Mr Musiime added.

So, have Ugandan Asians developed more compassion and respect for their fellow citizens, having been accused of marginalising and even mistreating them in the past?

The owner of Garden Earth Organic Farm, Nizar Sayani, thinks so. He says he understands the problems of locals better than he used to.

“I understand how they live. We need to do that so that so we can join hands and move forward,” he said.

But there is still a need for more integration, according to Paul Lakuma from Uganda’s Economic Policy Research Centre.

He says Asian and black communities should cooperate in commerce and social integration, including marriage.