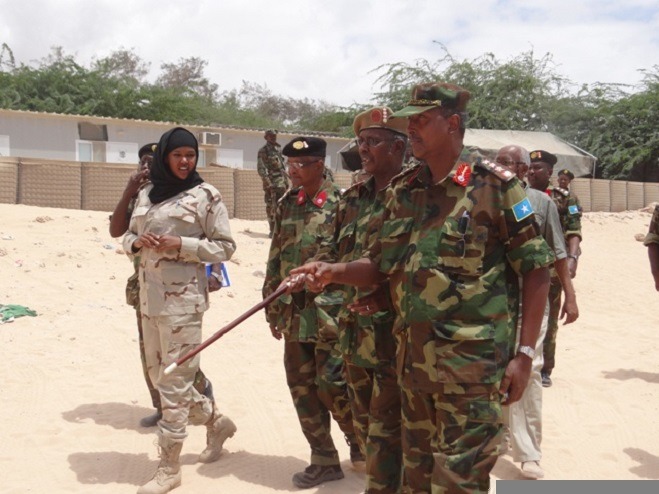 MOGADISHU (HAN) May 4. 2016. Public Diplomacy & Regional Security News. For Iman Elman, wearing a skirt on the frontline against Al-Shabab was never an option. The 24-year-old, now a captain and one of the most prominent women in the Somali National Army (SNA), has faced numerous challenges since joining the military in 2011. She has brushed off sexist behaviour and ignored discriminatory comments, but the most galling moment came when instead of her regulation uniform she was handed two pairs of trousers to sew together into a skirt.


“Many people thought that [a woman wearing trousers] was unacceptable and disrespectful, but I wanted to be at the front with my fellow soldiers and wearing a skirt in that situation was just not realistic,” she says.

Women make up a small percentage of the Somali military—about 1,500 out of 20,000 fighters, or 7.5 percent. Even fewer have attained the rank of captain, which involves commanding a troop of (mostly male) soldiers. Most are confined to menial roles, such as providing security at police stations, rather than fighting on the frontline. Few are bold enough to go out in pants as Elman does, though she does wear a traditional hijab as a mark of respect.