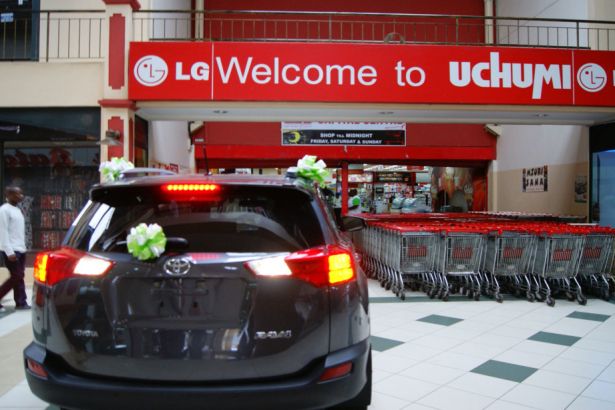 The Kenyan government has formed a team to evaluate the creditworthiness of Uchumi Supermarkets, after the Cabinet set conditions for a Ksh1.2 billion ($12 million) bailout that the retail chain’s management is seeking from the Treasury.

The Cabinet endorsed the rescue of Uchumi by extending a loan this month, but tasked Trade Cabinet Secretary Adan Mohamed to lead an audit into the firm’s finances to ascertain whether it is in a position to pay the money back. The Cabinet also said the loan should be backed by security.

By opting for a secured loan instead of the equity injection that the management, led by CEO Julius Kipngetich, wanted, the government may have indicated the expected outlook for the company to investors and suppliers.

“The Cabinet approved the proposal to support Uchumi but we don’t just give money that way, not until we are satisfied that everything is fine. We have created a sub-committee to look at the issue of due diligence,” said Chris Kiptoo, the Principal Secretary in the Trade ministry, adding that the cost and duration of the loan was still under discussion.

However, the government said the release of the loan would depend on Uchumi’s financial position.

In July, the Cabinet instructed Mr Mohamed to provide details on the terms and conditions of the cash bailout proposed for Uchumi, and to specify whether it would be a loan or equity capital.

The Cabinet also requested a comprehensive audit of the retailer’s current management to ensure that the people expected to handle the funds are of high integrity.

Uchumi Supermarkets suspended its search for a strategic investor to raise Ksh5 billion ($48.42 million) on the promise of a Ksh1.2 billion ($11.62 million) cash bailout. There were fears that the company’s negative net worth would scare off potential suitors.

In June last year, Uchumi had 37 outlets (27 in Kenya, six in Tanzania and six in Uganda) and 4,500 workers across East Africa. It now has 20 branches in Kenya after closing five — Taj Mall in Nairobi, Nakuru, Embu, Kisii and Eldoret — rendering 253 workers jobless.

The retailer also halted plans to enter the Rwandan market in a bid to contain the growing operation costs of its regional subsidiaries, which accounted for more than 25 per cent of overall costs.

Uganda reported to the EAC member states that the company had closed business without paying 800 workers and suppliers, and had filed a case for insolvency in Uganda’s courts. Although the suppliers won the case, the stocks that were auctioned did not yield much and many have cut their losses.

Uchumi’s main outlet at Kampala’s Garden City is being taken over by a tenant who may continue the same business. The other branches in Uganda were taken over earlier except those in Gulu in northern Uganda, whose status we could not establish.

In Tanzania, four of Uchumi’s branches had not made a profit in the five years of operation. However, the company still plans to return to Tanzania if the Kenyan side of the business recovers.

In Kenya, the remaining 20 branches are running under a revenue sharing plan, in which proceeds from sales are being used to pay suppliers and the balance to support operations on an 80:20 basis.

The retailer and suppliers have set up an escrow account to manage payments to vendors.

“We negotiated and agreed on a proposal that would allow suppliers to continue,” said Mr Kiptoo.

Uchumi was first put under receivership in June 2006, and its shares simultaneously suspended from trading on the NSE after a failed expansion strategy that pushed the firm into financial distress with debts totalling Ksh2.2 billion.

The National Treasury released a Ksh675 million ($6.53 million) loan to the firm after it collapsed with Ksh950 million ($9.2 million) owed to KCB and PTA Bank.

In 2010, the receivership was lifted following an agreement by the creditors — KCB and PTA Bank — to convert their debts into equity.

The retailer was relisted on the NSE on May 31, 2011, after a five-year suspension.