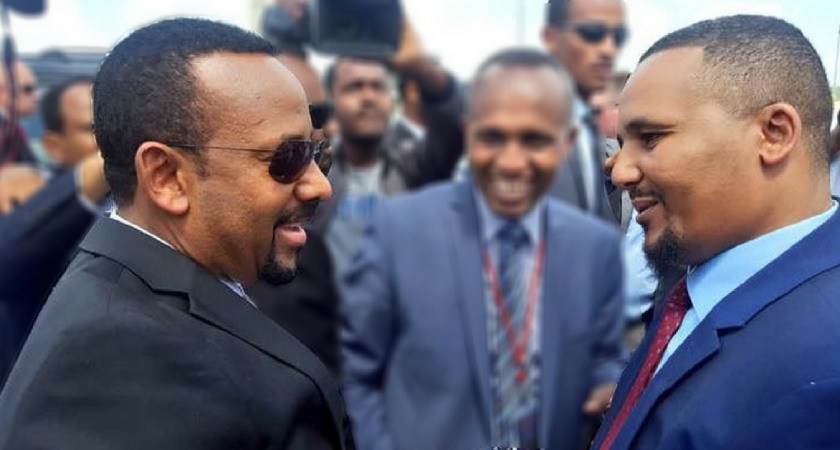 The Ethiopian Nobel winner, Prime Minister Abiy Ahmed Ali could face a new challenger with Oromo, Ogaden and Amhara ellements intimating that his vision “Greater Ethiopian Unity,” could also have a shot at the upcoming Ethiopian leadership. He promised to address Ethiopia’s deteriorating ethnic relations, to build national unity, and reignite the stalled democratic process.

Abiy’s promise to foster national reconciliation through the new national reconciliation commission seems to be forgotten. The political space that opened up with Abiy’s election is closing with his leadership of EPP (The new Ethiopian Prosperity Part) ; the major challenges for his re-election is Mr. Jawar Mohammed who is an Oromo-born American political analyst and activist.

For PM’s re-election, Abiy Ahmed Ali is counting on economic reforms, the war against corruption, TPLF strategy to create civil war environment inside Afar, Oromo and Somali region, efforts at neutralising Eritrean Agents in Ethiopia (OLF, ONLF Amhara nationalists and others) and standing up for Ethiopia’s territorial integrity.

One real issues is to actively pursue the unifying agenda within Ethiopian nations and nationalists that made him popular, which would alienate his ethnic Oromo yearns for greater Oromia. The other major issues is to align with the interests of the Oromo and Amhara ethno-nationalist movement, without Tigrey issues in the North.

Abiy’s position has also been weakened by forces like the Tigray Peoples Liberation Front (TPLF) war mongers, the dominant political force in pre-EPRDF Ethiopia, which is throwing its support behind the ethno-nationalist movements that are opposed to his current EPP leadership.