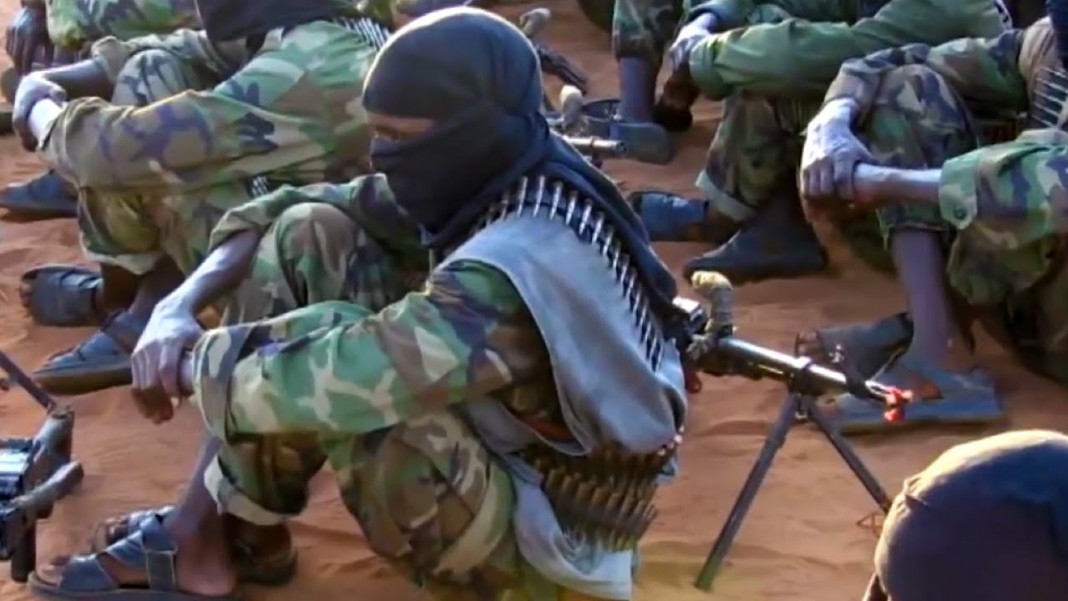 There, he saw a photograph of Suleiman, the second of his five sons. Twenty-four-year-old Suleiman was among six young men declared as dangerous members of al-Shabab, with a bounty of $20,000 on each of their heads. Billboards with their faces and the reward for their capture soon appeared in the town centre.

Less than a year later, on January 20, Suleiman was among four al-Shabab suspects killed in a reported shootout with the police in his hometown.

Suleiman’s father says that growing up, his son was respectful, dynamic and refused to accept that the circumstances of his birth should condemn him to a life of poverty. The entire family saw Suleiman as their way to a better life.

To meet their high expectations, Suleiman concluded that he had to leave not only Malindi, but also Kenya.

His plan was to become a driver in Saudi Arabia which would enable him to send money home to his family. But to get there, he needed money to pay the agents who would organise his trip.

So at 17, Suleiman quit secondary school to work as a labourer, changing tyres and loading cargo on trucks taking goods to the capital, Nairobi. A year later, despite the facilitation fee in hand, the agent dashed his dreams by telling him that he had to be 22 for the Saudi Arabia job.

Deflated but undeterred, Suleiman returned to school and graduated, joining an assembly line of educated but unemployed youth. Unlike previous generations growing up in small African towns, Suleiman was also tech-savvy, having grown up in the age of the information revolution.

During the same period, Suleiman came under a different societal pressure – the task of getting married. Marriage marks the transition from childhood to adulthood in his Swahili culture.

Weddings last several days and involve elaborate preparations and ceremonies –  a costly affair and beyond the reach of the unemployed Suleiman.

So at 22 Suleiman was already a veteran in personal setbacks, though he still stubbornly believed that his condition would not remain permanent. He packed up and moved south to Mombasa to find greener pastures. This is where, his father says, Suleiman’s shortcomings were given political and religious meaning.

Suleiman landed in Mombasa at a time when the beautiful port was becoming a centre of radical preaching that weaved global events such as the Israeli-Palestinian conflict, the invasion of Iraq and the perceived political and economic marginalisation of Muslims in Kenya into a compelling narrative of a global conspiracy against Muslims.

This storyline, freely disseminated via DVD and YouTube videos gripped the imagination of many young Muslims eager for an explanation of their deprivation and seeking a sense of purpose beyond the drudgery of daily life.

Radical Muslim scholars were busy constructing a new morality where neighbours become enemies and killing of the innocent a virtue.

Suleiman’s father says that the preaching of one particular cleric, Sheikh Aboud Rogo, himself killed in 2012, was a tipping point in the process of his son’s radicalisation. Rogo was a charismatic radical preacher with oratory skills loaded with venomous incitement.

Why would this particular young man join a violent extremist group, take up arms against his own country and be ready to kill civilians?

Without minimising individual agency and the role of factors such as cognitive susceptibility to manipulation, given Suleiman’s setbacks, it is fair to say that socioeconomic factors have played a combustive role in the growth of violent extremism in Africa.

Exclusion, injustice, poor governance and unemployment seem to create fertile ground for violent extremism. It is not mere coincidence that the most deprived regions produce a disproportionate number of recruits.

Violent extremism, without a doubt, poses the single biggest threat to Africa’s steady journey to prosperity. According to the United Nations Development Programme, more than 33,000 Africans have been killed in the past five years and more than 1.2 million others displaced as a result of extremist violence.

In such contexts, sustainable development becomes near impossible, and past gains made over many years risk being swiftly wiped out.

The brunt of violence

The poor bear the brunt of the violence. Extremists target public spaces such as markets and bus stations, forcing people to make a difficult choice between risking death by going to work to earn a meagre living, or risking the very survival of their families.

The international community’s response to this threat has been largely characterised by a security-based approach, with little impact on reducing the growth of violent extremism and in some cases, exacerbating the very problem it seeks to address.

Even with the growth of what one observer has called the “terrorism expert industrial complex”, we struggle to understand what leads large numbers of young people to join groups such as al-Shabab or Boko Haram, or why one person from the same family chooses to join a terrorist group and another doesn’t.

Ultimately, the lessons of more than a decade of responding to violent extremism tell us that it is time for a new way of thinking if we are to halt and reverse the march of extremism not only in Africa, but globally.

Suleiman leaves behind a family devastated by the loss of their son and brother, and a community fractured by fear and suspicion.

While the drivers of violent extremism are multiple, complex and defy easy analysis, his story gives us clues about what pushes young people to extremism and what can be done. Perhaps, had Suleiman been able to realise his goals for a better life for himself and his family, he may not have sought meaning in fanaticism.