Home frontpage Why African polls have a method to their madness 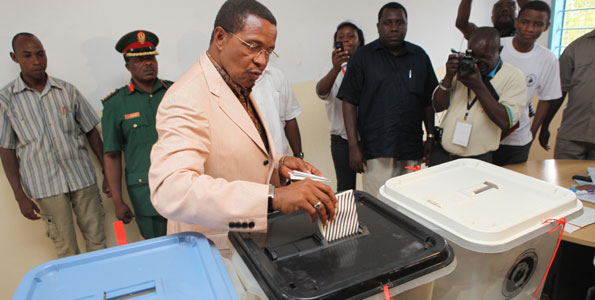 Dar es Salaam (HAN) October 31, 2015 – Public Diplomacy and Regional Security News. By Charles Onyango-Obbo. This past week, there were two elections in East Africa. There were the bigger and more headline-making presidential and parliamentary elections in Tanzania.

And then there were the primary elections of Uganda’s ruling National Resistance Movement, ahead of the vote scheduled early next year.

We shall not talk much about outcomes, although in Tanzania the opposition has cried foul, and rejected the results, which declared the long-ruling Chama cha Mapinduzi’s until recently little known John Pombe Magufuli the winner.

The election in Tanzania delivered an East African record, though. In the past 30 years, Tanzania has changed leaders through elections more than the rest of the East African Community states combined have done over the same period.

However, this time the elections in Zanzibar were cancelled, because the electoral commission deemed them to have been a fiasco. It claimed there was heavy double voting, party agents/observers were kicked out of polling stations, and members of the semi-autonomous Isles’ electoral commission were pulling in different directions and frequently their differences degenerated into fist fights.

In that sense, it was like the NRM primaries in Uganda. They were probably the most chaotic primaries held in East Africa, so much so that party chief President Yoweri Museveni chided members and said they had a poor democratic culture.

A record number of party bigwigs were felled in the NRM primaries, as indeed were ministers and party veterans defeated in Tanzania’s parliamentary vote, so something positive happened there.

But if the chaos with the biometric kits in the Kenya election of 2013, and the madness of its primaries is added in, we are really hopeless at organising elections — even at village level. It raises the issue of how a party that can’t organise an election at ward level, can run a country once it is in power.

However, the deeper question is why this chaos happens. There is the racist-tinged view that it represents the wider problem Africans in general have organising things.

But that is nonsense, because a government that appoints an incompetent electoral commission will still put on a sleek presidential inauguration after the vote.

The more respectable argument is that chaos is instrumental. It helps incumbent parties to cheat. Honest voters get put off, or scared, and when they leave their names are ticked and a ghost casts their ballots.

But again, this falls short, because the best way to rig an election is with efficiency, and a veneer of legality, because the legitimacy of the outcome is less likely to be contested.

We therefore need to look at the possibility that there is an almost independent patronage industry around our elections. Magufuli, for example, will reward his campaign managers and CCM functionaries who worked to deliver victory for him.

But if those were the only people who “ate,” they would be too few. So there will also be those who get a seat on the table because either they prevented his votes from being stolen, or miraculously conjured up votes in opposition strongholds.