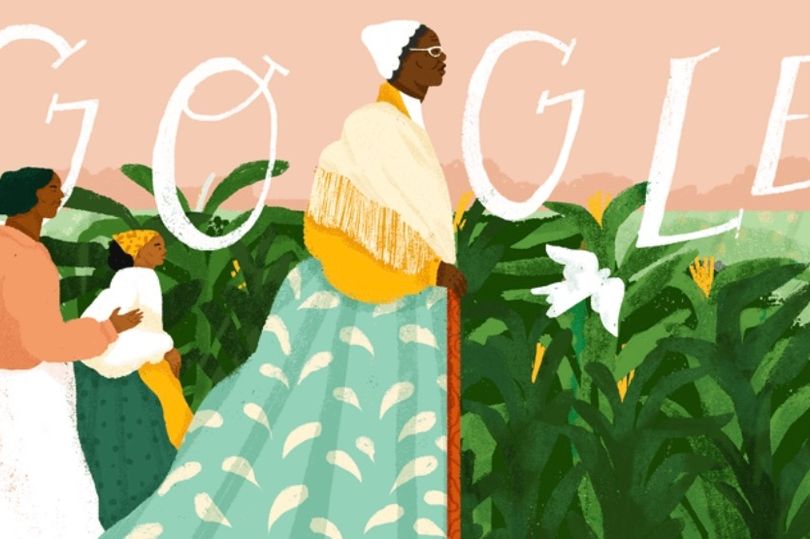 On the first day of Black History Month, Google pays tribute to Sojourner Truth – a pioneer of civil rights, feminism and anti-slavery activism.

Growing up in Ulster County, New York in 1797, Truth was born into the slave trade and experienced the horror of being bought and sold at auction numerous times.

Determined to seek a better existence for her children, Truth managed to flee with the state with one of her daughters in 1826 – one year before New York banned slavery.

Finding refuge with an abolitionist family, she would essentially secure her freedom a year later when the state’s emancipation legislation took effect.

And by 1929, Truth had relocated to New York City with two of her children, having rescued her son from illegal slave trade after becoming the first African American woman to successfully sue a white man over slavery.

Born Isabella Baumfree, she officially changed her name to Sojourner Truth in 1843, declaring “the Lord gave me Truth, because I was to declare truth to the people.”

With her new name, Truth joined an anti-slavery and women’s rights organisation,Northampton Association of Education and Industry, the following year and publishing a memoir after the group dibanded.

Trust became renown for her powerful and thought-provoking speeches, which saw her appear as a featured lecturer at the first-ever Nation Women’s Rights Convention in 1851.

At the demonstration, she delivered her most famed speech, “Ain’t I a Woman?”, where she demanded equality for women and African Americans.

“That man over there says that women need to be helped into carriages, and lifted over ditches, and to have the best place everywhere. Nobody helps me any best place. And ain’t I a woman?,” she allegedly declared.

“Nobody ever helps me into carriages, or over mud-puddles, or gives me any best place; And ain’t I a woman? Look at me. Look at my arm. I have ploughed and planted, and gathered into barns, and no man could head me!”

Putting her public speaking skills to use, Truth helped to rally black troops to fight for the Union Army during the civil war and abolish slavery.

Her dedication to civil rights activism saw her meet Abraham Lincoln in 1865.

The same year she fought to tirelessly to desegregate street cars in Washington DC, riding along with white passengers in protest. The law was later overturned.

Until her retirement in 1875, Truth worked as a counsellor for former slaves and spoke at hundreds of rallies across the US.

She died aged 86 in Battle Creek Michigan, in November 1883.

In 2020, on the 100th anniversary of American women obtaining the right to vote, Truth will appear on a new $10 bill, along side several other suffragists to commemorate her contribution to US society.