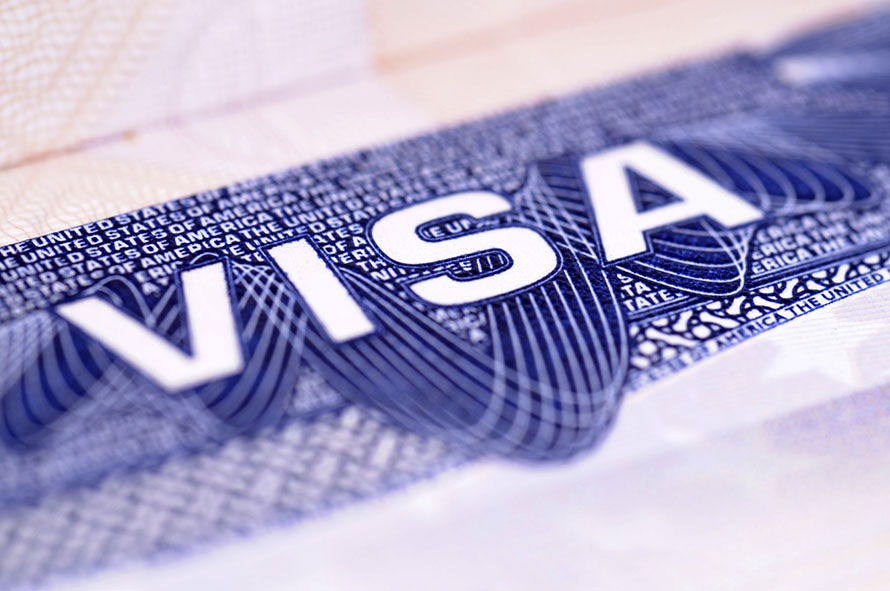 NAIROBI (HAN) September 14.2016. Public Diplomacy & Regional Security News. By Allan Olingo and Fred Oluoch. You have just finalised your travel plans: Done your budget, reserved the tickets and accommodation and confirmed your passport is up to date. Then it hits you: You don’t have any information on a visa for the African country you are visiting.

You assume it will be easy to get a visa as everything has been taken care of. But should you? Have you been to the embassy, filled out the forms, paid the fee and waited for the visa to be processed?

Take visiting the Democratic Republic of Congo or Nigeria, for instance. If you have journalist under “Occupation,” you must get a written approval from the Ministry of Information in Kinshasa or Abuja, before the embassy in Nairobi issues you with a visa. This will cost you $200, on top of the $50 visa fee.

While Mauritius, Rwanda and recently Benin are the leading examples of visa-free countries for Africans, Ghana from July introduced a visa-on-arrival policy for citizens of African Union member states.

Cristiano D’Orsi, a lecturer in international legal protection for asylum-seekers at the University of Pretoria said that most countries on the continent have shown visa barriers for other African nationals.

“The best reason put forward for this has been the economic burden (of having immigrants), security threats and sovereignty issues. We have seen the likes of Kenya, Equatorial Guinea and South Africa use this to justify why some nationals have to obtain visas,” Mr D’Orsi said, adding that high unemployment within these countries is also a contributing factor to the lack of openness to other African nationals.

For instance, most nationals from West and Central African countries like Nigeria, Cameroon, and the Democratic Republic of Congo need visas to visit Kenya and South Africa to guard against economic crime, human and drug trafficking. Egypt has also emerged as one of the countries that requires all African citizens to have a pre-arrival visa to Egypt irrespective of nationality, age or purpose of travel. This, it says, is to guard its national sovereignty.

In 2013, the AU adopted Agenda 2063, as a collective vision for the next 50 years. Agenda 2063 committed African nations to speed up actions to introduce an African passport issued by member states, capitalising on the global migration towards e-passports, and abolish visa requirements for all African citizens in all African countries by 2018.

However, the African Development Bank’s Africa Visa Openness Report 2016 shows that, just under two years to the deadline, only 13 out of the 55 African countries offers free access to African nationals, with 55 per cent of Africans still needing a visa to visit African countries.

The report says that 75 per cent of countries in the top 20 most visa-open countries are either in West Africa or East Africa, and only one is in North Africa. None are in Central Africa.

The commissioner for social affairs at the African Union Commission, Dr Mustapha Sidiki Kaloko, said that the free movement of Africans around the continent is an antidote to migration to Europe and elsewhere outside the continent.

“If Africans have alternatives within the continent, then we will not be seeing these precarious journeys immigrants are making out of the continent,” Dr Kaloko said, adding that Rwanda and Mauritius have registered economic benefits by allowing Africans without visas into their country.

African Development Bank president Akinwumi Adesina said that African countries have the power to fast-track connectivity, attract investment and talent into a greater number of countries, promote business opportunities across borders and expand horizons for the continent’s young people.

“Africa largely remains closed, with Africans still needing visas to travel to over half of the continent. These headlines go against the continent’s goal to truly become ‘one Africa.’ Having an open visa policy does not require large resources or complex systems. Countries can apply positive reciprocity but also open up unilaterally,” Mr Adesina said.

From the AfDB report, Seychelles was the first African country where Africans did not need a visa to visit while Egypt, Western Sahara, Sao Tome and Principe, and Equatorial Guinea are the countries with strict visa requirement. Although Western Sahara—also known as Sahrawi Arab Democratic Republic—enjoys an observer status at the AU, its sovereignty is still in dispute with Morocco insisting it is still part of its territory.

Within the region, Uganda, Rwanda and Burundi have relaxed visa rules while Kenya has strict visa requirements for certain West African nations. Kenya is particularly alert to West African nationals, some of whom have been caught using Kenya as transit route for narcotics headed to the West. However, Kenya and Ethiopia have a visa-free relationship, the result of an historic deal between first president Jomo Kenyatta and Emperor Haile Selassie.

Director of Regional Integration and Trade at the AfDB Moono Mupotola said opening up a country’s visa regime is a quick-win on development as it attracts foreign direct investments and tourism opportunities.

“For Africa to achieve its visa-free status in the next two years, policymakers need to go back to the drawing board and relook at these requirements. It’s the only way to attract talent, investments and opportunities within Africa,” Mr Mupotola said.

The report also shows that Africa’s middle-income countries have low visa-openness compared with the continent’s smaller, landlocked and island states, which are more open. In 2013, only African countries offered liberal access to all Africans. At the end of last year, the number had grown to 13.

For instance, South Africa has tightened its visa requirements for fellow Africans due to huge flow of migrants after the country attained majority rule in 1994. Another African economic powerhouse, Egypt, has shifted its attention to sub-Saharan Africa since the February 2011 revolution that removed former president Hosni Mubarak.

Previously accused of paying too much attention to the Arab world at the expense of the continent to which it belongs, Egypt has set aside $150 million in initial capital for an Agency for International Aid that will focus on ventures in sub-Saharan Africa. However, visa requirements for African travelling to Egypt remain stringent.

The good news is that citizens of the six-nation East African Community and the 15-member Economic Community of West African States enjoy visa-free travel within their territories.

Although the Southern African Development Community has protocols on tourism, travel and the facilitation of the movement of people, there are still entry visa requirements between at least three SADC member states and the other 12 mainly because of the pace at which they are concluding the bilateral agreements.