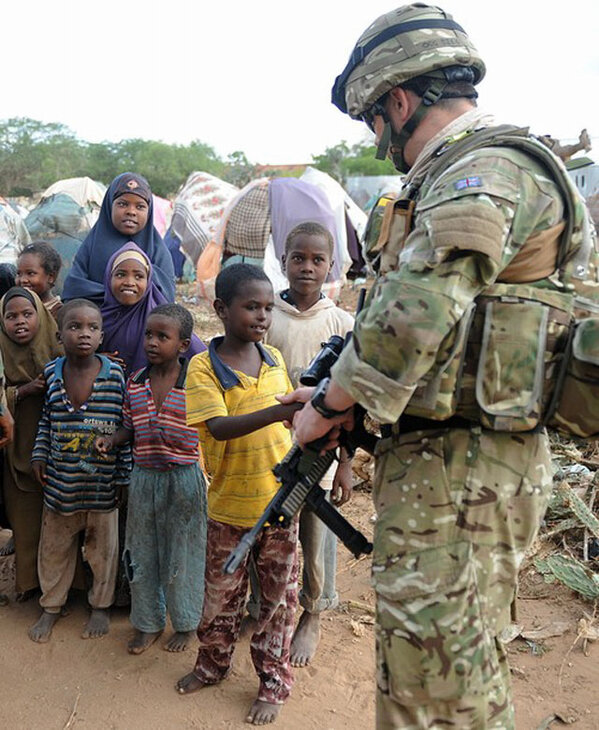 Across the globe British military training teams are helping countries counter the threat of Islamic extremism.

One of those missions, known as Operation Tangham, is in Somalia where an Al Qaeda affiliate Al Shabaab has been fighting a decades long insurgency.

Mogadishu, the Capital of Somalia, was once known as the Switzerland of Africa, but in recent years gained a very different reputation.

Somalia lies on the horn of Africa – a key position close to some of the world’s busiest shipping lanes.

Years of factional in-fighting have left it divided into three separate regions: Somaliland and Puntland in the north -both of which claim autonomy, and Southern Somalia – ravaged by drought and decades of violence. 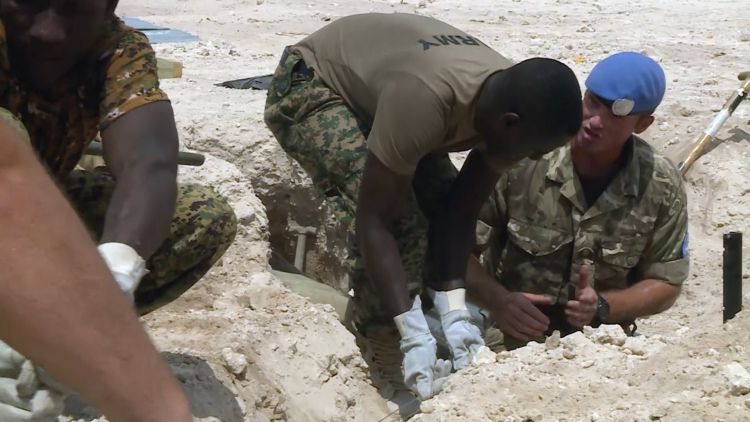 A former British and Italian colony Somalia has been without an effective Central Government for over 25 years.

In the early 1990s, as the country slipped into civil war millions faced starvation and a UN task force led by Amerian troops was sent in to try and stem a humanitarian crisis.

Islamic militants Al Shabaab emerged from the chaos, fighting a bitter insurgency against the Government and African Union troops.

Along with Islamic extremism Somalia also became a byword for piracy.

as pushed out of Mogadishu and the international community stepped up efforts to support the country’s Transitional Government.

As part of that the UK has around 85 military personnel stationed here across a range of missions. Some work with African Union peacekeepers while others directly train Somalia’s Army.

This month a huge truck bomb detonated near a busy market killed over 350 people in Mogadishu.

It was the country’s largest loss of life for a decade- but despite this continuing violence the officer commanding the British mission, Colonel John Wakelin, says the country is moving in the right direction:”In truth what we’re seeing is a steady, medium range progress.

“I’ve had the opportunity to speak to many Somalis that say it really is very different from how it was five years ago”.