Home frontpage What Africans Can learn from Burkina Faso. 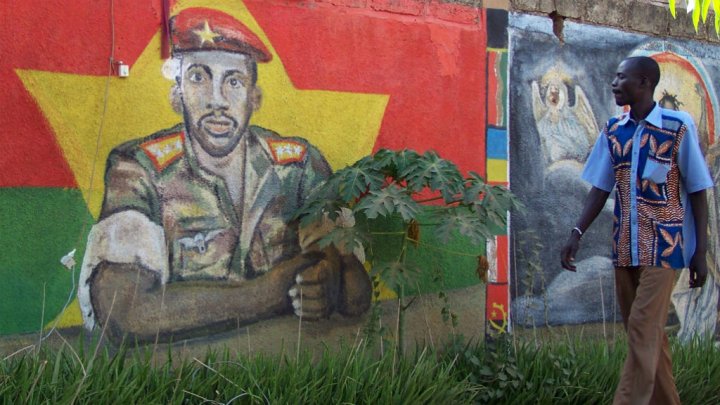 Last week Burkina Faso’s military bowed to local and international pressure and relinquished power to a transitional civilian regime. Michel Kafando, a former foreign minister, was named President of the transition government; he will lead the country to elections set for November next year.

The events in Burkina Faso – from the rejection of Blaise Compaore’s attempt to elongate his 27 year rule, to the abject rejection of a military coup – depict a shift in citizens’ demand not only in the tiny West African country but across the 1.1 billion people continent.

With African voices louder than ever, here are four things Burkina Faso’s revolution told us the continent’s people are saying.

Africans are demanding real economic improvement. At the front burner of the frustration with Blaise Compaore’s leadership was the lack of real economic upliftment for majority of Burkina Faso’s 17 million people. Although the deposed leader may argue that he has improved the economics of the west African country, the huge gap between the rich and poor and the near 50 percent poverty rate are louder than his achievements.

The economic frustration of Burkinabes reverberates across the continent and is pressuring the continent’s political and economic leaders to transform economic growth into far reaching development. Africans want a better deal, and are demanding it at all cost- chief of which is change of political leadership. Ethnicity and religion still undoubtedly hold a significant command on how the masses select and support their leaders, but the demand for economic empowerment is fast catching up as a determinant factor in gaining popular support.

Africans are getting weary of long-time rulers. In the last three years, people power has overthrown long-time rulers in Tunisia, Egypt and Libya, and most recently Burkina Faso. While the first three are seen in the context of the Arab Spring, the latest sack of Compaore from Burkina Faso symbolises a continent-wide frustration with sit-tight leaders.

Recent protests in Cameroon show a growing disaffection for the country’s long time ruler, Paul Biya, who has been in power since 1982. Algeria’s 2014 election suffered opposition boycotts with growing discontent at the continuous extension of the rule of Bouteflika who has been president since 1999. President Mugabe has battled through several popular attempts to end his 27 year hold onto power in Zimbabwe, while Chad’s Idris Deby envisages no end to his 24 year rule with the last two he won boycotted by most opposition parties because of election irregularities.

Even though public expressions of discontent seem quieter in Gambia, Equatorial Guinea, Swaziland, Angola, and Eritrea, it is perhaps because of the louder repression by their long-time leaders. However, Burkina Faso has shown that even repressive regimes have expirations dates, and by current political trends, it may just be around the corner.

Military Juntas Are Condemned to Africa’s Past. Although some civilian dictators still persist in some African countries, those in military fatigue are no longer accepted nor acceptable. The military attempted to hijack Burkina Faso’s revolution, but its people, and the people of the continent refused. Several military juntas- in Niger, CAR, and Mali- have been forced out in recent times. Egypt’s case seems a bit hypocritical given that the military remains heavily involved in the civilian and democratic leadership of former General El Sisi.

But the sack of military juntas in Africa also signifies the issuance of quit notices, even if gradual, to other forms of dictatorship in the continent.

Africans are demanding the Rule of Law more than ever. Since the turn of the millennium, several African leaders have tried to change the constitution in order to remove term limits and remain in power. Many of them have been successful- Idris Deby in Chad and Yoweri Museveni in Uganda. Lansana Conté (Guinea), Omar Bongo (Gabon) and Gnassingbé Eyadéma (Togo), now all late, also elongated their terms. The sons of the last two succeeded their fathers.

But that trend of tampering the constitution for personal gains is changing, starting with the defeat of such motives in Zambia under President Frederick Chiluba, Malawi under President Bakili Muluzi, and Nigeria under President Olusegun Obasanjo. While the 2010 efforts by Niger’s former president, Mamadou Tandja, to remain in office unconstitutionally had to be thwarted by a military coup, the 2011 democratic election of Mahamadou Issoufou shows it was a victory for the constitution. Ivory Coast also needed a rebellion, civil war and foreign intervention to unseat former president Laurent Gbagbo who had refused step down after losing an election to current President Allasane Ouattara.

Burkina Faso’s refusal to bow to Compaore’s desire has strengthened that trend. It is supported by Burundi’s rejection of a third term agenda for Pierre Nkurunziza earlier in the year, although the president of nine years continues to fight to stay in power. Also Botswana’s President, Ian Khama, was recently blocked by the courts from appointing his brother as vice-president.

This growing demand for the respect of the constitution across the continent sounds a warning to the leaders of Benin Republic, Congo-Brazzaville, Djibouti, Rwanda and the Democratic Republic of Congo. Theses heads of state are reportedly seeking to get rid of term limits within the next two years. Periodic elections are not enough however, they have to be free and fair. And the enforcement term limits does not translate into responsible governance, transparency and accountability are pre-requisites. Africa’s demand for true democracy is at an all time high, and leaders must start to deliver it if they want to remain in the people’s good books.