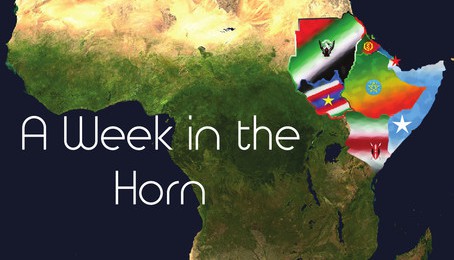 The 27th Ordinary Session of the Assembly of the Heads of State and Government of the African Union was held in the Kigali Convention Centre in Rwanda’s capital Kigali on Sunday and Monday this week (July 17-18). The meeting, under this year’s theme of “2016: African Year of Human Rights with a particular focus on the Rights of Women” successfully concluded on Monday. (See article).

The New Partnership for Africa’s Development (NEPAD) held the 35th Session of  NEPAD Heads of State and Government Orientation Committee (HoSGOC) on  Saturday last week, (July 16) on the sidelines of the AU Summit in Kigali. The Committee’s High Level Roundtable was on the subject of “Agenda 2063 and Industrialization: The Role of NEPAD.” (See article)

IGAD held an emergency Summit in Kigali on Saturday (July 16) on South Sudan and underlined it wanted to see positive action to keep the two parties apart. It called on the UN Security Council extend the mission of UNMISS with a revised mandate and also said this extension should include the deployment of a regional protection force to separate the warring parties. The South Sudan Government indicated its rejection of the proposals. (See article)

The 14th session of the United Nations Conference on Trade and Development was held in Nairobi this week (July 17 to 22) under the theme “From Decisions to Actions.” The Conference, bringing together over 7,000 delegates, featured ministerial debates and round tables, as well as Fora on World Investment, Global Commodities, Youth and Civil Society. Yaekob Yala, Minister of Trade delegation led the Ethiopian delegation and told the conference that Africa’s determination and capability to be the leader in solving its own problems was growing and with “enormous resources, a young population and diverse cultures” it future was so bright. Abebe Abebayehu, Deputy Commissioner of the Ethiopian Investment Commission, briefed the conference on Investment opportunities.

The AU Peace Fund adopted by the Heads of State and Government on Monday (July 18) will be raised equally from all the five regions of the continent and drawn from a 0.2% levy on eligible imports. Each region will contribute $65 million with an 80 % target by 2020 and it will raise $325 million annually to support 25 percent of its peace operations. The African Union Commission Chairperson, Dlamini Zuma, said the AU would also adopt mechanisms to develop a more robust and effective system to seek funding from the UN to fund the remaining 75 percent of the cost of peace support operations. One beneficiary is likely to be AMISOM some of whose funding was recently cut by the EU.

Former World Bank director, Enrique Rueda-Sabater has written a report which challenges the traditional ways of measuring economic success. Mr. Rueda-Sabater applied more than 40 indicators to 149 countries examining how countries perform in converting their growth in Gross Domestic Product into improvements in well-being for their citizens. According to the BBC, Ethiopia took the top spot for recent progress in this with Rwanda not far behind with a number of other sub-Saharan countries also featuring.

Prime Minister Hailemariam addressed the Heads of State and Government Orientation Committee (HoSGOC) High Level Roundtable on Saturday (July 16) in Kigali. The roundtable was on “Agenda 2063 and Industrialization: The Role of NEPAD,” and the Prime Minister spoke on the subject of “Reflections on Ethiopia’s Experience with Industrialization”. (See article)

Bill Gates, Co-founder of Microsoft and Bill & Melinda Gates Foundation met with Prime Minister Hailemariam Desalegn on Thursday (July 21, 2016), where the two sides discussed on new areas of cooperation for the next decade.

Dr Debretsion Gebremichael, Deputy Prime Minister for Finance and Economic Cluster and Minister of Communication and Information Technology, met with Ghazi Abdullah Salem Al Mehri, the UAE Ambassador to Ethiopia, on Wednesday (July 20). The two sides discussed on ways to enhance bilateral relations in all fields, particularly in the economic, trade, communication technology and IT sectors.

Minister of Foreign Affairs, Dr. Tedros Adhanom during his meeting with a delegation from a US-based NGO Pink Ribbon Red Ribbon, on Friday (July 22) emphasized that “Ethiopia believes in innovation & continuous improvement of the health sector,” adding that health is “taken seriously as it is a fundamental rights issue. “Pink Ribbon Red Ribbon, is a US-based NGO dedicated to helping women access preventive care and treatment for cervical and breast cancers where the need is in greatest demand.

Minister of Foreign Affairs, Dr. Tedros Adhanom met with Bill Gates, Co-Founder of Microsoft and Bill & Melinda Gates Foundation, on Thursday (July 21) at Hilton Addis. The Minister underscored that the foundation has been actively engaged in a range of sectors, which among others he said included health, and agriculture, as well as development engagements on women and children

The Ethio-Australia round table business discussion was held this week on Monday (July 18), at the Meeting Hall of the Ministry of Foreign Affairs of Ethiopia. On the occasion a high-level Australian delegation and representatives of companies and investors from Australia and New Zealand have expressed their readiness to invest in Ethiopia and do business with.

A government statement on Monday (July 18) said a unit of the Eritrea-based Ogaden National Liberation Front crossing into southeast Ethiopia from Somalia had been confronted by Special Police units in Ferfer district of Shabelle Zone. Three members of the ONLF group were captured, including Ahmed Ismael (Ahmed Deri), the head of ONLF logistics, and four killed. The statement said the ONLF unit was trained in Eritrea and had come from there, but gave no further details.

Djibouti’s Air Force has taken delivery of two Y-12 transport aircraft from China, joining an MA60 that was delivered two years ago. The two aircraft were delivered in a ceremony last week on July 13. President Ismail Omar Guelleh, together with Defense Minister Ali Hassan Bahdon and Chief of General Staff of the Djiboutian Armed Forces (FAD), General Zakaria Cheikh Ibrahim, were present.

The First International Conference on Eritrean Studies (ICES) was held Wednesday to Friday this week (July 20-22) at the Asmara Palace Hotel in Asmara, under the theme of ‘Eritrean Studies – The Way Forward.’ The conference was opened by the Minister of Education, Mr. Semere Russom, and also addressed by the Minister of Information, Yemane Gebremeskel.

An article at the end of last week from the BBC’s Africa Editor, Mary Harper underlined some of the economic problems facing Eritrea, questioned whether its self-sufficient economy was “running out of steam, and if the country was slowly beginning to open up to foreign investment.

Prime Minister Omar Abdirashid Sharmarke has appointed a technical committee to determine the disputed electoral status of Mogadishu and to find a lasting solution to the question of Banadir regional representation in the Upper House of the Federal Parliament. The19 member committee, drawn from existing federal states and from the Benadir region, was agreed during the last National Leaders’ Forum talks in Baidoa.

Ambassador Smail Chergui, AU Commissioner for Peace and Security, said at a press conference on Monday that the African Union plans to train Somali troops in order to allow Somalis to take charge of their country before AU withdraws its troops from Somalia by 2018.

The new Force Commander of the African Union Mission in Somalia, Lt. General Osman Noor Soubagleh of Djibouti, has formally assumed office. Lt. General Soubagleh, who replaces Lt. General Jonathan Rono, arrived in Mogadishu on Monday (July 18) to take up his duties. He met with the Special Representative of the African Union Commission Chairperson for Somalia and Head of AMISOM, Ambassador Francisco Caetano Madeira who highlighted the forthcoming electoral process in Somalia as key priority areas for the new Force Commander to ensure that all stages of the electoral process take place in a conducive and secure environment.

AMISOM has announced it is investigating the alleged killing of 14 civilians by AMISOM troops on Sunday (July 17) at a village about 30 kilometers from Baidoa. The local Member of Parliament said fourteen people, among them traditional elders and civilians, were killed after clashes broke out between Shabaab fighters, and Somali government troops and AMISOM peacekeepers. He said “the civilians were at a prayer gathering when a Shabaab fighter started shooting in the area causing a confrontation that led to major civilian casualties.”

The Egyptian government handed over military equipment to the Somali government this week and pledged to increase its military support to the country. The Egyptian Ambassador to Somalia, Ambassador Waliid Mohamed Ismael, said the equipment included vehicles, weapons, and uniforms.

South Sudanese President Salva Kiir has given First-Vice President, Riek Machar 48 hours to return to the capital, Juba or be sacked. The statement read to reporters by presidential spokesman, Ateny Wek Ateny on Thursday (july 21) said “Dr. Riek Machar is given 48 hours from today [Thursday] to report to work in Juba.” The statement comes amid reports that SPLM-IO leaders nominated former chief negotiator, Taban Deng Gai as their interim leader.

At the IGAD Summit on the sidelines of the AU Summit, IGAD leaders called for the sending of additional troops to Juba to restore peace. IGAD proposed a three-fold approach to the crisis: an immediate arms embargo; additional targeted sanctions on leaders and commanders working to unravel the peace process; and reinforcement of UNMISS by troops from regional states. (See article)