Home Eritrea This Week in the Horn 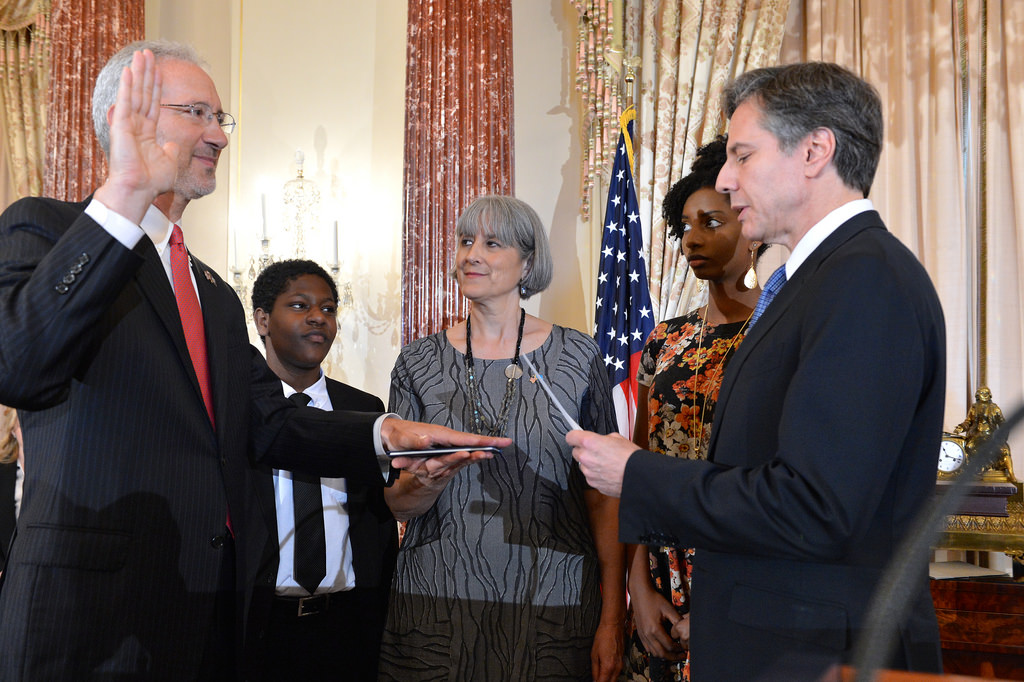 The African Union Commission (AUC) and the Food and Agricultural Organization (FAO) on Tuesday (June 28) launched a technical cooperation project (TCP) to end hunger in the Horn of Africa region.

Prime Minister Hailemariam Desalegn arrived in Mozambique for a three-day official visit at the invitation of President Filipe Jacinto Nyusi on Tuesday this week (June 28). Ethiopia and Mozambique signed a comprehensive cooperation agreement in Maputo on Wednesday (June 29), which would expand the bilateral cooperation in diverse frontiers. The accord included the establishment of a Joint Ministerial Commission.

President Mulatu Teshome while receiving the highest Order of Serbia on Strips on Tuesday (June 28) noted the bilateral ties between the two countries should be strengthened in the social, economic and political frontiers.

Dr. Tedros met with Mr. Kemal Seid Ismael, State Minister of Foreign Affairs of the Republic of Sudan on Friday (July 01, 2016). Dr. Tedros noted that the Ethio-Sudan relation is showing advances in political economic, social and cultural frontiers. State Minister Mr. Kemal forwarded an official message from the Government of the Republic of Sudan congratulating Ethiopia on its election as a non-permanent member of the UNSC. He said, “Ethiopia’s membership to the United Nations Security Council is important not only to Sudan but also the whole of Africa”.

Foreign Minister Dr. Tedros also held discussions with Margot Wallstrom, Foreign Minister of Sweden. The two sides expressed satisfaction over the deepening of the bilateral relation of the two countries evident in frequent high level meetings on the sidelines of different forums.

Dr. Tedros met with Lilliane Ploumen, Minister for Foreign Trade and Development of the Netherlands (June 27). The two sides noted the growing partnership between Ethiopia and the Netherlands, while underlining the need to further expand it.

In one round of voting the United Nations General Assembly on Tuesday (June 28) elected Ethiopia to serve as non-permanent members on the Security Council for two-year terms commencing on 1 January 2017.

The Intergovernmental Authority on Development (IGAD) on Thursday (June 30) congratulated Ethiopia on its election as a non-permanent member of the United Nation Security Council.

Ethiopia and the European Union have signed two agreements this week (June 28) that will expand their areas of cooperation.

USAID, in partnership with Ethiopia’s Ministry of Health, WHO and implementing partners celebrated the transition from the HEAL-TB activity to Challenge TB on Tuesday (June 28).

President Ismail Omar Guelleh, speaking to mark the country’s 39th independence anniversary, said on Monday (June 27) that the country’s economy was growing at 6 percent and could go beyond this in the future. He said it was the responsibility of the government to ensure the growth was inclusive and to achieve development goals. He further said the government would place more emphasis on decentralization which guarantees equal development for all regions.

The Dutch parliament on Thursday (June 30) passed a resolution calling for action against the Eritrean government over its activities in the Netherlands. The Parliament had decided to hold a session to discuss the influence of the ruling Eritrean party, the People’s Front for Democracy and Justice (PFDJ) on the Eritrean community in Holland, following revelations of multiple examples of intimidation, blackmailing and threats.

Reporters Without Borders (RSF) on Wednesday (June 29) called upon Swedish judicial authorities to investigate the case of Swedish-Eritrean journalist Dawit Isaak who remains imprisoned in Eritrea.

With the UN Human Rights Council considering a draft resolution from Djibouti and Somalia, Eritrea has been intensifying its criticisms of the Commission of Inquiry’s Report, resorting to further rhetoric over reality.

President Uhuru Kenyatta flew into Gaborone, Botswana, for a three-day state visit on Monday (June 27). The two countries cooperate through the framework of the Botswana-Kenya Joint Permanent Commission on Cooperation. During the visit, President Kenyatta and President Karma addressed the 2nd Botswana–Kenya Business Seminar. The relationship between the two countries began under their respective fathers, the founding fathers of their respective nations and fellow pan Africanists.

Following a meeting of the Tripartite Committee  of Kenya, Somalia and the UNHCR, at the weekend, Kenya said it aims to reduce by almost half the population of the Dadaab refugee camp, home to about 326,000 mostly Somali refugees,  by the end of the year. A joint communiqué said the number would be reduced by “voluntary returns to Somalia, relocation of non-Somali refugees, the de-registration of Kenyan citizens who registered as refugees, and a population verification exercise.”

The meeting of the National Leadership Forum last week in Baidoa (June 22-25) issued a communiqué on Saturday which said the  Forum had agreed and endorsed an election timetable up to the election of a president by the second week of September as well as the necessary technical and implementation details for the electoral processes.

Mauritania’s Minister of Foreign Affairs, Mr. Khalid Omar Ali, has paid a visit to Somalia’s capital city, Mogadishu on Monday (June 27). During his visit to the capital, he met Foreign Minister, Abdisalam Hadliye, and discussed ways of bolstering bilateral relations.

The United Nations Security Council “condemned in the strongest terms” the attack on the Nasa Hablod Hotel in Mogadishu on Saturday (June 25) in which 20 people were killed including Bur’i Mohamed Hamza, Minister for Environment Affairs. It said “Any acts of terrorism are criminal and unjustifiable, regardless of their motivation, wherever, whenever and by whomsoever committed.”

Ambassador Stephen Schwartz was sworn in as US Ambassador to Somalia on Monday (June 27). He was nominated in January and unanimously confirmed by the Senate in May. He will be working from the US Embassy in Nairobi but has said he hopes to be able to re-establish the embassy in Mogadishu at some point.

Colonel Paddy Ankunda, Uganda military spokesman, told Reuters on Thursday last week (June 24) that Uganda plans to withdraw its troops from Somalia by December 2017. He said Uganda’s plans had been communicated to the African Union and “unless something major comes up that’s the time we want to come out of Somalia.”

United agencies said the level of food insecurity in South Sudan has reached its highest level since the start of the conflict over two years ago. The statement read: “The deteriorating situation coincides with an unusually long and harsh annual lean season, when families have depleted their food stocks and new harvests are not expected until August.”

President Omer Al-Bashir on Monday (June 27) met with the Special Envoy of the UN Secretary General for Sudan and South Sudan, Haile Menkerios, on the occasion of the expiry of his term of office in Sudan. They discussed the national dialogue and the position of the political parties. Mr. Menkerios underlined his support to the efforts of the African Union High-Level Implementation Panel and expressed his optimism over realization of peace in Sudan.

Mr. Kemal Seid Ismael, State Minister of Foreign Affairs of the Republic of Sudan met with Foreign Minister Dr. Tedros Adhanom on Friday (July 1). Mr. Kemal noted that the High-level Joint Commission has started to bear positive development, particularly in the economic domain.  The State Minister also forwarded an official message from the Government of the Republic of Sudan and personally congratulated Ethiopia on its election as a non-permanent member of the UNSC. He said, “Ethiopia’s membership to the United Nations Security Council is important to not only Sudan but also the whole of Africa “.

The Security Council on Wednesday (June 29) decided to extend the mandate of the UN-African Union Mission in Darfur (UNAMID), for one year, until 30 June 2017.

British Ambassador to Sudan, Ambassador Michael Aron on Thursday (June 30) hoped the Sudanese opposition groups would sign the African Union brokered Roadmap Agreement during a meeting for the Sudan Call forces to due to be held soon in Addis Ababa.

The Khartoum government has withdrawn its troops from the border with South Sudan. Sudanese Armed Forces spokesman, Brigadier Ahmed Alshami announced the withdrawal this week. He said this was consistent with the implementation of the joint political and security mechanism between the two countries, following the agreement last month in Khartoum on withdrawal of the forces, creation of demilitarized zones and stopping of support to rebels on either side.

The UK ambassador to the Sudan, Michael Aron, said on Monday (June 27) that the result of Britain’s referendum, to leave the EU, will not affect the relations between the UK and the Sudan.