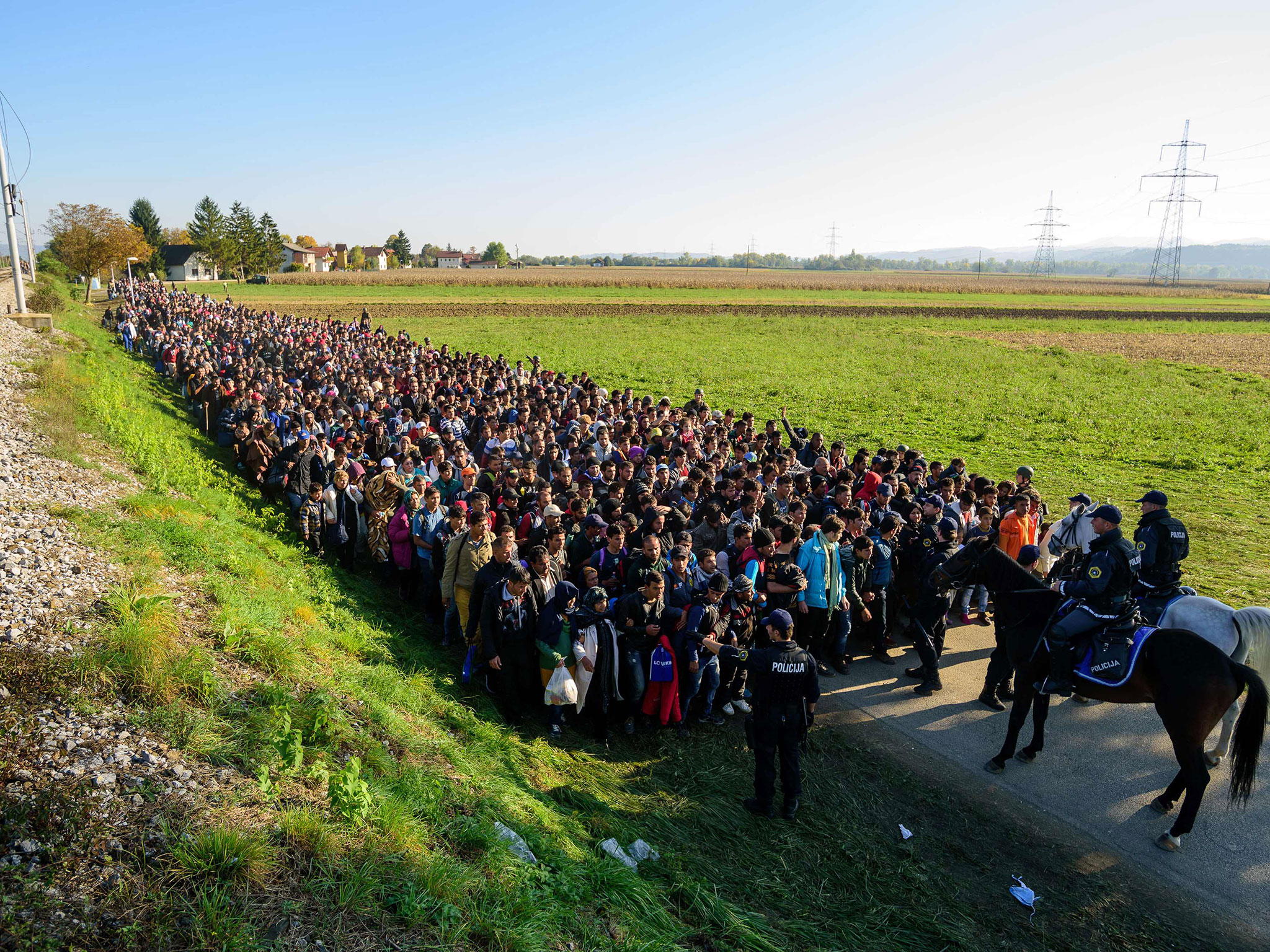 MOGADISHU (HAN) May 16.2016. Public Diplomacy & Regional Security News. When hundreds of Somalis were reported drowned in the Mediterranean last month, Abdi Deeq didn’t rethink his plans to flee the Horn of Africa nation and risk the illicit crossing to Europe.More than two decades of Somali civil war and a bloody al-Qaeda-aligned insurgency have left the 22-year-old student with little hope his country is becoming safer or more prosperous. Even as the capital, Mogadishu, rebuilds and elections are scheduled this year, near-daily bombings, rampant corruption and few career opportunities mean he’s one of many young Somalis who see moving abroad as their only choice.

“Many students who were my classmates risked their lives going to Europe — some died in the sea and others survived,” Deeq said in an interview in the city. “I am ready to join those friends.”

The exodus doesn’t bode well for Somalia, a country of an estimated 10.5 million people that has been mired in conflict since the late 1980s and is trying to use advances against the Islamist militants to attract investors to rebuild the economy. The departure of youth, who should be playing “a pivotal role in Somalia’s socio-economic progress,” will have a “negative impact” on the country’s development, according to Fadumo Abdi Warsameh, chairwoman of the Somalia National Youth Organisation.

Somalis are adding to Europe’s biggest wave of displaced people since World War II, with 1.26 million of all nationalities arriving last year. Of the estimated 153,842 people who crossed illicitly to Italy in 2015, more than 12,400 were Somalis, according to the Kenya-based Regional Mixed Migration Secretariat. Somali immigration officials say they don’t have an exact number of people that have fled in the past year, but that the rate of departures has almost quadrupled in the past six months.

Somalia’s government on April 19 banned its citizens from traveling to Sudan, a popular transit route for undocumented immigrants, after it said hundreds who’d crossed the country died when their boat capsized in the Mediterranean. More than 3,500 people of all nationalities have been killed making similar crossings in 2015, according to the International Organization for Migration.

Data from an RMMS project that interviewed Somalia migrants shows Europe named as the preferred final destination by 44 percent, ahead of South Africa with 34 percent and the U.S. with 16 percent.

“Some say it’s because of insecurity, but others rationalize their departure due to rampant unemployment,” the head of Somalia’s immigration and naturalization department, Abdullahi Gafow Mohamud, said in an interview.

That’s the case for Ali Hassan Abdi, who graduated from university two years ago and hasn’t found a job. The 25-year-old says endemic graft — Somalia is ranked joint-bottom with North Korea on Berlin-based Transparency International’s global Corruption Perceptions Index of 168 countries — is “the number-one cause of mass migration.”

“It is absolutely hopeless to find work if you’re not a relative of one of the government ministers or members of parliament,” he said in an interview.

Among Somalia’s development plans are for oil and gas output to begin by 2020 after exploration work showed the potential for large offshore deposits. Companies including Royal Dutch Shell Plc, Exxon Mobil Corp. and BP Plc are in talks about returning, according to President Hassan Sheikh Mohamoud.

RMMS data shows 30 percent of Somali migrants citing economic factors as the main reason for leaving, with unspecified political issues accounting for 15 percent, and conflict for 11 percent. Thirty-six percent of those interviewed said they had no formal education.

“There is no hope in this country,” said Da’ud Qaliif, who married recently and plans to travel abroad with his wife. He lamented the “constant conflict and corruption that’s made our lives miserable.”

“We can’t secure a better life to raise our children,” said the 38-year-old. “There is no other option but the dangerous journey across the sea.”