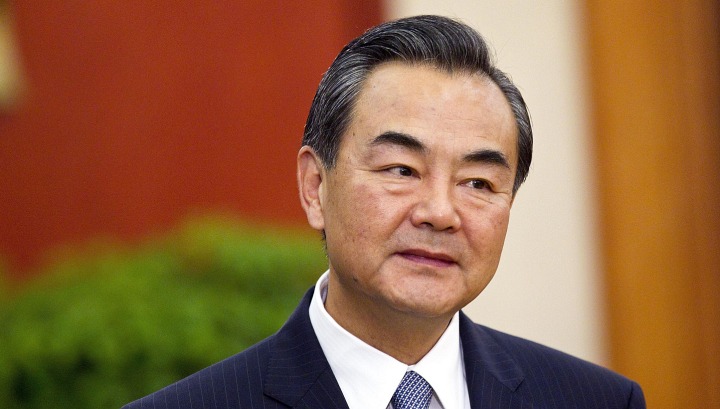 Nairobi (HAN) January 20, 2015 – Public diplomacy and the Horn of Africa Intelligence file news. By Liao Liang.  Since 1991, it has been a tradition for China’s foreign ministers to make Africa their first destination for official trips of the year.

Earlier this month, Wang Yi made his first official visit to Africa as Foreign Minister; he went to five countries: Kenya, Sudan, Cameroon, Equatorial Guinea and the Democratic People’s Republic of Congo. The main aim of this tour was to strengthen ties between Beijing and Africa, and to discuss trade, investment, and to seek broader cooperation.

Wang began his visit in Kenya, where he made clear China wants greater engagement with East Africa’s largest economy. Already it is a big investor — the 600 million dollar expansion of Kenya’s main airport is just one of a string of infrastructure projects China is involved in.

China says more than half its foreign aid goes to Africa, with no strings attached — one reason why African countries are increasingly looking east.

Economic partnerships were also high on the agenda with Cameroon, Equatorial Guinea, and the DRC.

Wang assured the African leaders that China will help the countries’ industrialization while promoting sustainable development.
He also outlined plans for greater cooperation, particularly in farming, mining and infrastructure.

Although non-interference in domestic affairs has long been a principle of China’s foreign policy, China is ready to help maintain peace and security in Africa.

In Khartoum, Wang was involved in a consultation with the Inter-Governmental Authority for Development and the warring factions in South Sudan.

China has been trying to broker a peace deal in South Sudan for a year. And since long before South Sudan’s civil wars started, China’s engineers and medical staff have been serving in the country on the United Nations peace keeping mission. To reinforce the UN mission there, China has also deployed hundreds of peacekeeping troops in the war-torn country. Together with their counterparts serving in Liberia, the DRC and Mali, the Chinese peacekeepers are playing a critical role in helping maintain peace and security in Africa.

Wang had a busy start to the new year. Above all, he has shown China is determined to strengthen its engagement with Africa in all fields.

But the Chinese Foreign Ministry wants to send another message. Some critics have accused China of merely using Africa to secure its natural resources. Wang rebuffed those claims.

In an exclusive interview with China Central Television, he said China wants to see mutual benefits from exchanges and cooperation with Africa.

Wang stressed that China would never follow the track of Western colonists and that all cooperation with Africa would never come at the expense of the ecology, environment or long-term interests of Africa.

Wang’s new year visit to Africa has been described as fruitful. It is seen as a shot in the arm for Africa, with both sides working together to convert their potential in human and natural resourcesinto strengths. CCTV