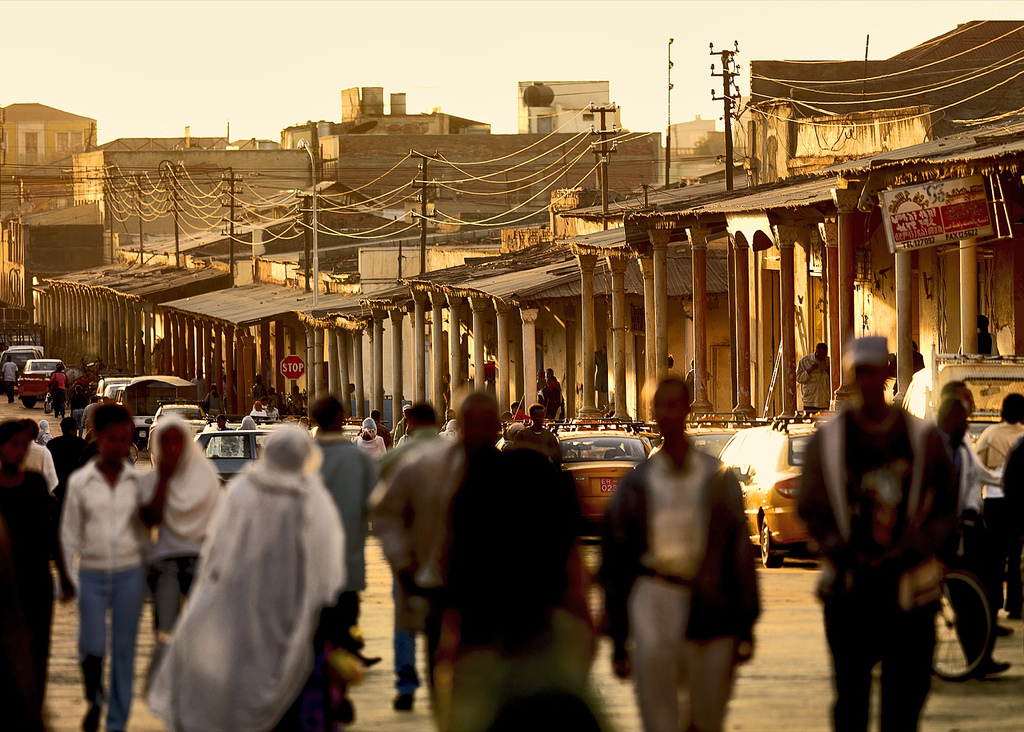 Demonstrations in Eritrea’s capital, Asmara, have drawn a violent crackdown with reports of gunshots.

The U.S. Embassy reported the protests and gunshots, although the source of the gunfire is unknown. Multiple videos shared via Facebook and Twitter and uploaded to YouTube show demonstrators fleeing along Asmara’s downtown streets with sounds of gunshots audible.

Unverified reports state the protests began in the city’s predominantly Muslim Akriya neighborhood. There, the Diaa Islamic School of Asmara had been ordered by the government to change its curriculum. The school’s board — including an elderly board member, Hajji Muasa Mohamed Nur — refused, and some were arrested, according to a report by Awate.com, an Eritrean news website that is opposed to the government and its policies. The arrests prompted students and others sympathetic to the cause to take to the streets to demonstrate.

According to Radio Erena, a radio station run by Eritrean diaspora journalists in Paris, more than 100 students from the school protested on Oct. 31 following an order by the government to shut down the school. Within an hour, government forces armed with sticks and firearms dispersed the crowd, Radio Erena reported.

Eritrea’s Minister of Information, Yemane Gebremeskel, took to Twitter to downplay the importance of the protests, calling them a “small demonstration by one school in Asmara dispersed without any casuality [sic] hardly breaking news.”

Protests are exceedingly rare in the Eritrean capital, where free speech and political demonstrations are severely curtailed.