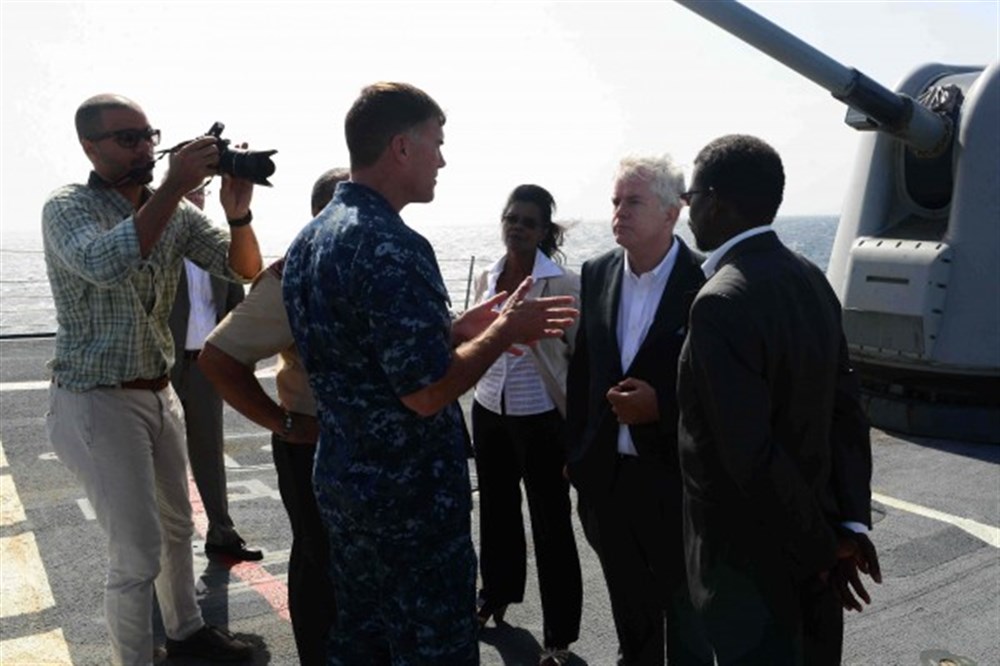 The visit also provided an opportunity to enhance U.S.-Cape Verde relations as the two nations work together to strengthen maritime security in West Africa.

“Cape Verde is a beautiful island chain, and we are very fortunate to have had the opportunity to visit. We appreciate the gracious visit paid to us by Ambassador Heflin and his staff, as well as the hospitality shown to us by the representatives of the Cape Verdean government,” said U.S. Navy Cmdr. Michael J. Gunther, commanding officer, USS McFaul.

The distinguished visitors were given a tour of the ship and had the opportunity to interact briefly with several members of McFaul’s crew. McFaul, homeported in Norfolk, Va. departed on deployment in April of 2015 as an independent deployer in support of ballistic missile defense, maritime security operations, and theater security cooperation efforts in the U.S. 5th, 6th and 4th Fleet areas of operation.

McFaul is currently working with United States allies and regional partners to help develop and improve our maritime forces, maintain regional security, and work towards mutual goals in order to advance security and stability in Europe.

U.S. 6th Fleet, headquartered in Naples, Italy, conducts the full spectrum of joint and naval operations, often in concert with allied, joint, and interagency partners, in order to advance U.S. national interests and security and stability in Europe and Africa.