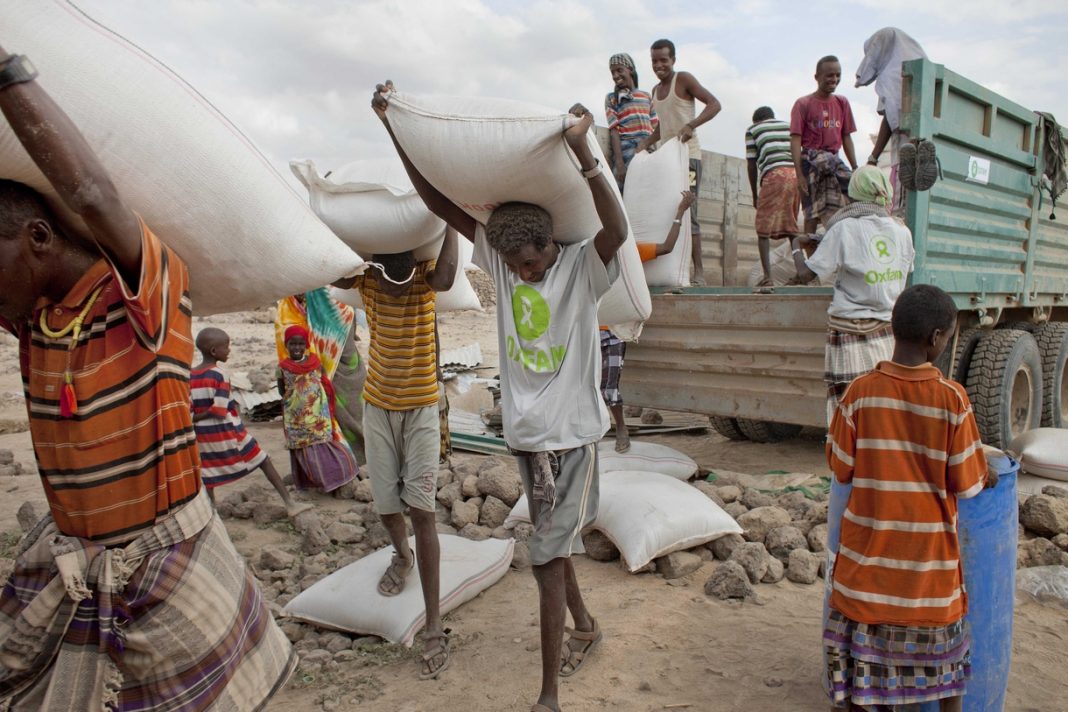 By Carol Morello. The United States will provide an additional $91 million in humanitarian aid for Ethiopia to cope with a third straight year of drought, the top U.S. official in charge of assistance said Thursday.

The extra funding brings U.S. aid for food and medical care in Ethiopia to $454 million this year, said Mark Green, the new administrator of the United States Agency for International Development. Another $210 million in U.S. aid has gone to development projects.

Green announced the new tranche of aid after he met with Ethiopian Prime Minister Hailemariam Desalegn. In a statement he read to reporters, Green said he also had urged the Ethiopian leader to take “concrete steps to create political space for all voices to be heard and to uphold constitutional and guaranteed rights.”

“What I said to him is, we look at what countries need around the world to strengthen their ability to deliver for their people,” Green told reporters later in the day. “Responsive governance, and a place for people to come together from different points of view, and to share ideas openly and publicly, history shows is vitally important.

“Our view is the government should continue to do foster that, and do more and more,” he added. “We think it is good for Ethiopia. We think it is the right thing to do.”

According to USAID spokesman Clayton McCleskey, Green told Desalegn he was concerned conditions were deteriorating for people affected by the drought and encouraged the government to “show greater leadership and invest more resources to combat a worsening humanitarian crisis.”

Green, who is on his first trip abroad since starting the job three weeks ago, is in Ethiopia to highlight U.S. efforts to help impoverished countries emerge from crises like drought and famine better prepared to weather future setbacks.

Drought in Ethiopia’s lowlands bordering Somalia has sent herders farther afield in their search for land where their animals can graze, and stilted crops in areas where corn stalks grow tall but produce no ears of edible corn.

On Wednesday, Green said Ethiopia would be one of 12 countries that will get focused attention from Feed the Future programs, even if Congress approves deep cuts in USAID’s budget. The Trump administration has proposed halving Feed the Future’s total budget for agricultural development programs from over $1 billion this year to $500 million next year. Ethiopia’s $78 million share would also be cut in half. Anticipating having less money to spend, USAID dropped seven countries from the original 19 it had planned to focus its attention on.

The United States has been the principal international donor to Ethiopia as it has struggled through a devastating series of droughts. In recent years, U.S. aid has tried to help herders become farmers, provided seed money to small business entrepreneurs, taught impoverished Ethiopians job skills and provided nutritional education.

While Green assured Desalegn the United States remains committed to helping Ethiopia develop agriculturally and economically, he underscored that U.S. aid is not limitless and Washington expects the Ethiopian government to contribute more money to humanitarian efforts. During a drought in 2015 and 2016, Ethiopia spent some $700 million on food for food for people affected. This year, it has pledged only $110 million, and so far spent far less than that.

“The United States will continue providing assistance for vulnerable people, but we all agree host-country partners must be willing to step up during crises, and the prime minister indicated that he was looking to do so,” Green said. washingtonpost.com

Pic: Drought risks developing into a humanitarian catastrophe, aid agency warns. People wait for food and water in the Warder district in the Somali region of Ethiopia