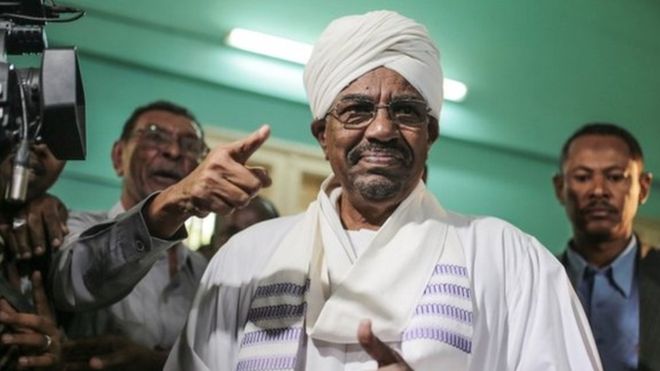 The United States is set to announce the easing of some financial sanctions against Sudan on Friday for its recent efforts in helping tackle terrorism, a senior US official said on Thursday.

“The limited sanctions relief is an acknowledgement of progress by the government of Sudan,” the official told Reuters ahead of the announcement expected from the White House. It was not immediately clear which sanctions would be lifted.

The United States first imposed sanctions on Sudan in 1997, including a trade embargo and blocking the government’s assets, for human rights violations and terrorism concerns.

The United States layered on more sanctions in 2006 for what it said was complicity in the violence in Sudan’s Darfur region.

There were signs last year of a thawing in relations between the US and Khartoum. On September 20, the State Department welcomed efforts by Sudan to increase counter-terrorism cooperation with the United States.

Sudan had taken steps to counter Islamic State and “other terrorist groups and has sought to prevent their movement into and through Sudan,” State Department spokesman John Kirby said in a statement at the time.

The US official said the lifting of the sanctions had no bearing on Sudan’s listing by the United States as a state sponsor of terrorism. The International Criminal Court has issued a warrant for the arrest of Sudanese President Omar al-Bashir for war crimes and genocide related to Sudan’s conflict-torn Darfur region, charges he dismisses.

The Darfur conflict began in 2003 when mainly non-Arab tribes took up arms against the Arab-led government, accusing it of discrimination. The UN says up to 300,000 people have been killed and millions displaced in Darfur

The Enough Project, a Washington-based anti-genocide group, called the lifting of sanctions “premature” and said any easing of pressure on Sudan should be in exchange for resolving conflicts in Darfur and South Kordofan Nuba Mountains, and ensuring humanitarian access for those affected by the war and military blockades.

“We will certainly seek to work with the US Congress to see some of these sanctions restored, modernized, and codified in the coming months,” said John Prendergast, director of the Enough Project.

UN peacekeeping chief Herve Ladsous told the UN Security Council on Thursday there had been a significant decrease in armed conflict in Darfur.

“Despite these improvements civilians remain exposed to significant sources of insecurity, inter-communal conflict, criminality and the activities of armed militias,” he said.