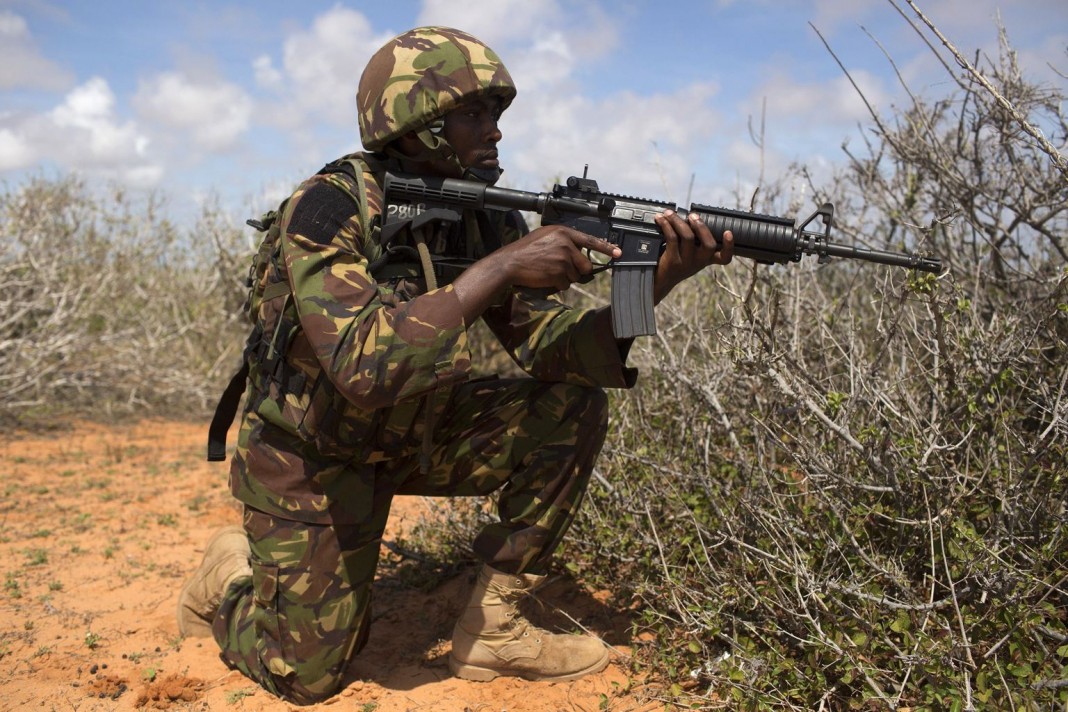 MOGADISHU (HAN) March 14. 2016. Public Diplomacy & Regional Security News. The Pentagon said Monday the attack – initially described as a drone strike, but later clarified to feature both manned and unmanned aircraft – was carried out to fend off an imminent threat against US troops and African peacekeeping forces in Somalia. There was no immediate word on whether USA commandoes carried out the Tuesday night ground attack.

Then-President Bill Clinton pulled US forces out of Somalia, with the incident souring some people’s feelings about USA military’s intervention in certain foreign entanglements. He said the Somali troops successfully conducted the mission.

The defense official, who spoke on the condition of anonymity to discuss the operation because it had not been made public, said that there were no USA or Somali casualties.

The film “Black Hawk Down” depicted a 1993 Delta Force assault in Mogadishu, Somalia.

The U.S. has a limited military presence at the airport in Mogadishu, and numbers of U.S. Special Operations forces have traveled to other locations in the country.

Shebab has stepped up their attacks since the start of the year. He refused to be identified, fearing reprisal by militants.

The al-Qaeda offshoot said Wednesday that foreign forces dropped in by helicopter had attempted to raid an al-Shabab-held town in southern Somalia overnight, according to The Associated Press.

Mohamed Hassan, an elder in Awdhegle, told The Associated Press that the foreign forces parked their helicopters outside the town and walked at least 3 kilometers (1.9 miles), sneaking into the town to avoid detection by the Islamic fighters and launched a surprise raid.

“Heavy clashes lasted for almost a half-hour”, Abu Musab said on the pro-Al-Shabaab radio station, according to the tweet.

Meanwhile, three police officers and one civilian were killed Wednesday in a suicide auto bombing outside a cafe near the police academy in the Somali capital, Mogadishu, said police Gen. Ali Hersi Barre.

This story has been corrected to show that USA forces did not take part in the firefight.

He added, “The removal of these fighters degrades Al-Shabaab’s ability to meet the group’s objectives in Somalia, including recruiting new members, establishing bases, and planning attacks” on USA and African Union forces.