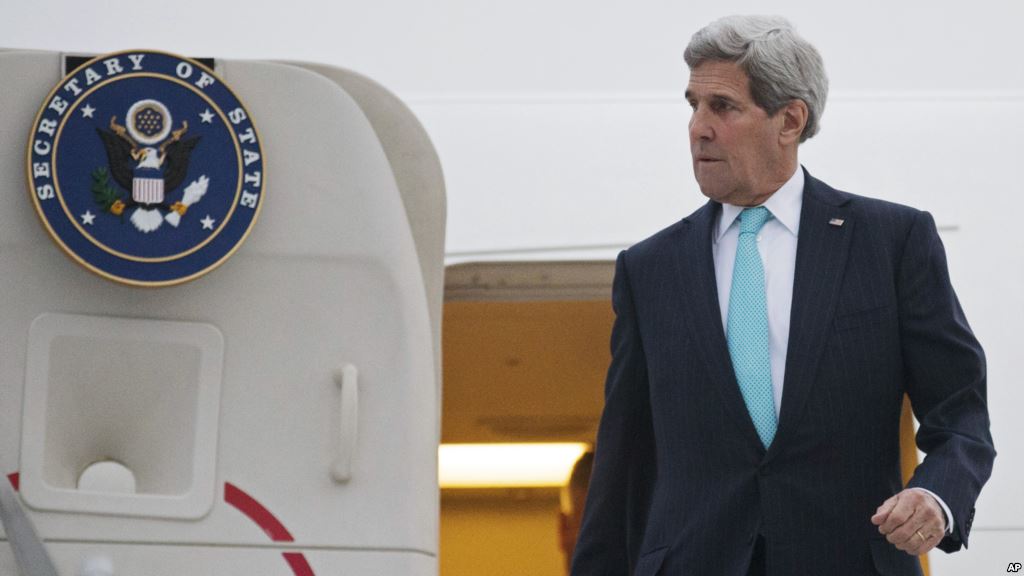 When Kerry was in Kenya last year he urged Kenyatta not to close Dadaab, the world’s largest refugee camp, without stability in Somalia and called on South Sudan’s warring leaders to form a transitional government. Kenyatta has since said Kenya will close Dadaab camp this year. South Sudan is threatened by a return to civil war after another falling out between President Salva Kiir and former Vice President Riek Machar.

On his last visit to the region on May 2015 Kerry became the first secretary of state to set foot in Somalia- two decades after dead American soldiers were dragged through the streets of Mogadishu.

It was a symbolic visit to show support for the African nation’s fledgling government and the U.S.’s readiness to move past a dark chapter in its history. The top U.S. diplomat stayed a little more than three hours, meeting with Somalia’s president and prime minister and several regional chiefs and civil society groups