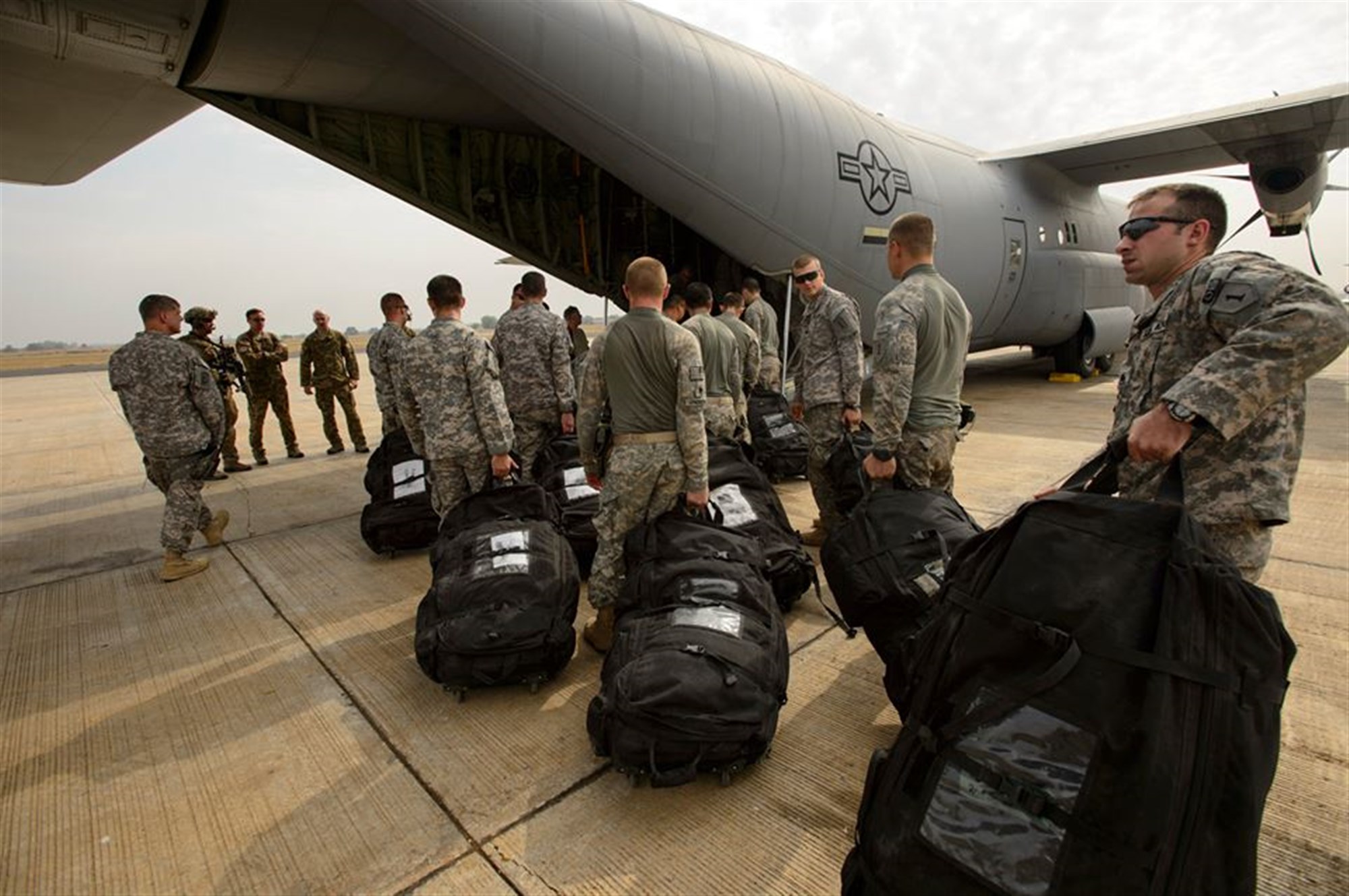 JUBA (HAN) July 13.2016. Public Diplomacy & Regional Security News. The U.S. military in Africa has sent 40 additional soldiers to South Sudan’s capital, Juba, to help secure American personnel and facilities in the war-torn city, said the military on Wednesday . A ceasefire has taken effect in the capital but South Sudanese trying to flee the country by road reported attacks, killings and robberies by armed men.

Amid a tense cease-fire which has held since Monday night, the U.S. troops deployed at the request of the State Department, said Africom spokeswoman Cpt. Jennifer Dyrcz.

In five days of fighting in the capital, President Salva Kiir’s forces ousted those loyal to First Vice President Riek Machar, the former rebel leader in the country’s recent civil war, from one of their bases.

The fighting left hundreds dead in the capital, and aid workers said bodies remained in the streets.

The U.S. Embassy in Juba said it was organizing flights to evacuate non-essential staff and for all U.S. citizens wishing to leave South Sudan. Commercial flights to Juba remained cancelled, though charter flights were evacuating hundreds of aid workers and other foreign citizens.

The U.N. said 36,000 South Sudanese civilians have fled their homes due to the fighting.

Some tried to reach neighboring Uganda by road, but an Associated Press reporter spoke to people who had been wounded in attacks by armed men as they tried to flee. Many cars had been shot at or burned. Government forces had erected roadblocks to demand money from those fleeing. Some people were sent back to Juba.

The U.N. refugee agency has expressed concern about the South Sudan-Uganda crossing, “where security is tightened on the South Sudan side,” and it called on all armed parties to allow safe passage.

In Juba, others took shelter in churches, U.N. bases and aid workers’ compounds, but there were reports of government soldiers blocking aid workers from moving to areas where civilians need assistance.

“There is hardly any food in the market, and people are starving. As a result, they are turning to coping mechanisms like looting to survive,” said Jeremiah Young, policy adviser for World Vision.

Relief workers should be given freedom of movement, said the U.N.’s humanitarian coordinator for South Sudan, Eugene Owusu.

“We urgently call on all concerned to guarantee safe and unhindered access for humanitarian organizations to ensure that we are able to reach all people in need, including in locations hardest-hit by the fighting,” he said.

Meanwhile, fighting continued to spread to other parts of South Sudan. Shantal Persaud, the spokeswoman for the U.N. mission there, said it had received a report of small-arms fire in Leer town in Unity state Wednesday morning. The town is Machar’s birthplace.