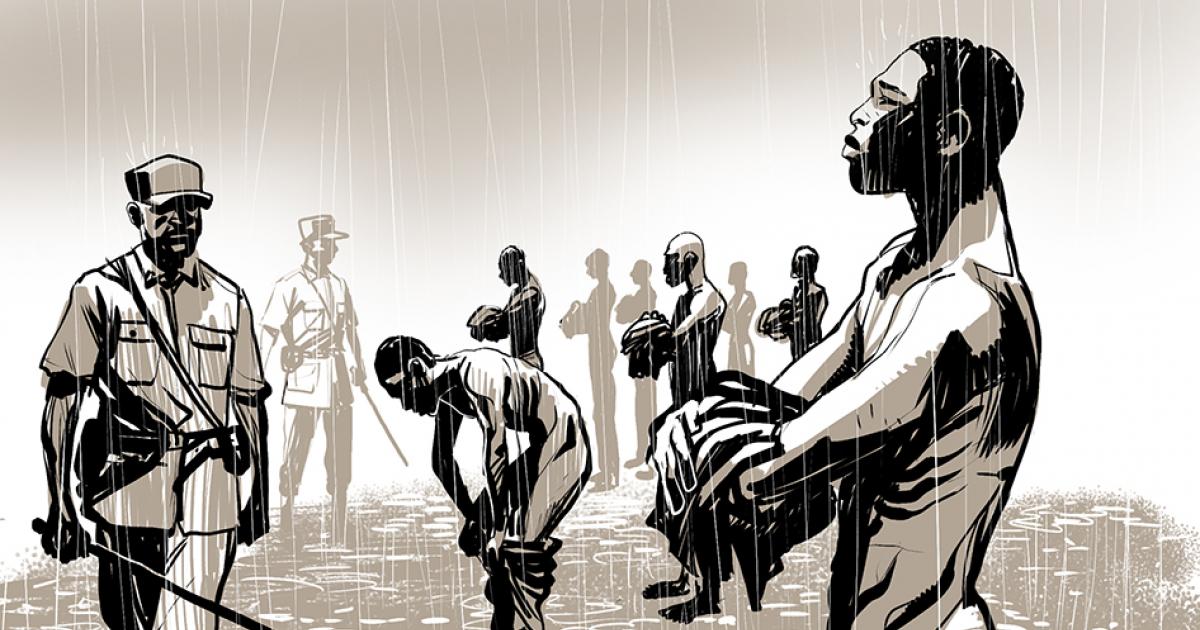 Tension is still running high in Ethiopia’s Somali region after federal and regional forces engaged in clashes last week that killed at least 29 people, leading to the resignation of the regional president.

A temporary successor has been named, and a semblance of normalcy has returned to Jijiga, the regional capital. But the flare-up raises important legal and political questions about Ethiopia’s system of government, known as ethnic federalism, in which the country’s nine states are defined largely by ethnicity.

And the aftermath will challenge Prime Minister Abiy Ahmed’s ability to turn inspiring rhetoric into real change for communities that have endured years of violence, according to experts on the region.

Friction between the federal and Somali regional governments has been building since April, when Abiy became prime minister. His reformist vision for the country — which has already led to a historic reconciliation with longtime foe Eritrea — put him at odds with Somali Regional President Abdi Illey, who is known for ruling his territory with an iron fist.

Attempts to negotiate a path forward faltered, according to Zecharias Zelalem, an Ethiopian journalist who writes for OPride.com, a news site focused on the neighboring Oromia region.
Conflict erupted a week ago when Abdi ordered Liyu police, a special force under his command, into Dire Dawa, a federal city outside the Somali region’s jurisdiction.

That was an “illegal act,” Safia Aidid, a researcher and expert on the region, told VOA.

Federal forces responded by confronting the Liyu and entering Jijiga on August 4, leading to dozens of deaths and displacing hundreds of people, according to various media reports.

Across the region, Abdi is deeply unpopular, but Somalis in the region reacted negatively to the federal takeover of Jijiga. There are also questions about whether the federal government’s actions were constitutional.

The clash in Jijiga is just the latest incident of conflict in the region, where armed militant groups have for years instigated violence and attacked local populations.

Unrest has been so severe that close to 1 million people in the region have been displaced from their homes since April, according to the United Nations.

Much of the violence has played out along ethnic lines between Somali and Oromo people, although most residents simply want to live in peace.

Following the confrontation in Jijiga, Ethiopian Defense Ministry spokesperson Mohamed Tesema said efforts are underway to restore peace in the region. “The main roads in Jijiga are seeing some movements now, and some of the shops on the roads are reopening,” he said.
Federal forces have entered Degehabur, Kebri Dahar and other nearby cities and are working to calm situations across the Somali region, the spokesperson added.

But residents in Jijiga told VOA that their lives have been upended by the conflict.

“I can say that almost 95 percent of the people [in the city] are self-employed,” a local business owner told VOA’s Amharic service. “All of the people have lost their companies, and their money has been looted.”

Other residents described dire living conditions. “The entire city is destroyed and there is nothing left,” another resident told VOA.

Even as humanitarian concerns deepen, events unfolding in the Somali region may set precedents in other parts of the country.

Experts question the constitutionality of both the federal and regional governments’ moves, and the long-term effects of this past week’s actions could redefine the power structure between the nine regions and the central government.

“The meaning of the federal system and how the regions relate to the federal government has been called into question,” Aidid said.

Since assuming office, Abiy has garnered accolades for his uplifting, inclusive rhetoric and his tangible strides toward democratization. His language of unity has resonated with many Ethiopians, and his efforts to forge regional peace may have far-reaching repercussions.
But some of the country’s fissures run deep, and it’s important to look beyond symbolic language to substantive change, Aidid said.

That includes addressing what’s led to inequity that has lasted for generations.

“Marginalized groups like Somalis, whose relationship to Ethiopia, historically, has been one of exclusion,” must be considered, Aidid said, and there are questions about whether this group is really part of the new Ethiopia.

Rebuilding trust and addressing issues affecting Somalis will be a critical task for the prime minister, Aidid added, particularly since he has not yet resolved the displacement happening in the region.

Abdi’s replacement is part of a new generation of leaders. Ahmed Abdi Mohamed is in his early 30s and was most recently the Somali region’s minister of finance. A well-educated member of the Ethiopian Somali People’s Democratic Party (ESPDP), Ahmed has also made inflammatory remarks on social media.

But the new leader can chart a new path, despite his close ties to the existing power apparatus, according to Aidid. He’ll have opportunities to do things differently and will likely find an ally in Abiy if he chooses a path of reform.

Ahmed will lead on an interim basis for two months, until the party has a chance to formally restructure.

Both Oromos and Somalis have called on the federal government to rein in armed groups and restore law and order, underscoring the need for regional and federal authorities to work together to address the ongoing violence.