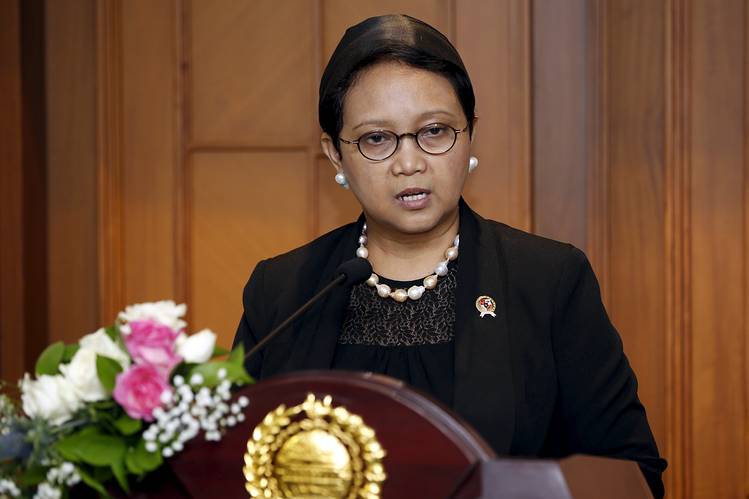 NAIROBI (HAN) July 20.2016. Public Diplomacy & Regional Security News. Indonesia will sharply strengthen security around its South China Sea islands where there have been clashes with Chinese vessels, the defense minister said, a day after China’s claims in the sea were declared invalid by an international court.

In an interview with AFP, Ryamizard Ryacudu said bolstering defenses around Indonesia’s Natuna Islands would involve deploying warships, an F-16 fighter jet, surface-to-air missiles, a radar and drones, as well as constructing new ports and improving an airstrip.

The military buildup, which started in recent months, would be completed in “less than a year,” he said.

“This will be our eyes and ears,” the retired general said. “So that we can really see what is happening in the Natunas and the surrounding area in the South China Sea.”

Unlike several of its Southeast Asian neighbors, Indonesia has long maintained it has no maritime disputes with China in the South China Sea and does not contest ownership of any territory.

But Beijing’s claims overlap Jakarta’s exclusive economic zone—waters where a state has the right to exploit resources—around the Natunas, and there has been an upsurge in clashes between Indonesian patrol and navy boats and Chinese fishing vessels and coast guards.

Indonesia has become increasingly irate over Chinese incursions into its waters and after a clash last month, President Joko Widodo visited the Natunas on a warship with his Cabinet to send a message to Beijing that Jakarta is serious about defending the remote archipelago.

As well as the military hardware, Indonesia will send special Air Force and Marine task forces, as well as an Army battalion, to the Natunas, once barracks and housing have been built, Ryacudu said.

Widodo insisted that Indonesia was not adding to the growing militarization of the South China Sea, and suggested it had a right to defend its borders. “It is our front door, why is it not guarded?” he said.

A UN-backed tribunal in The Hague ruled against China’s expansive claims in the South China Sea, finding in favor of the Philippines, a claimant state in the sea dispute which filed the challenge.

China has responded furiously, warning its rivals against turning the sea into a “cradle of war” and threatening an air defense zone there.

What’s New at the SIRAD Institute in Mogadishu (The Somali Institute of Security,  Diplomacy & Strategy to Empower Somali Statecraft)