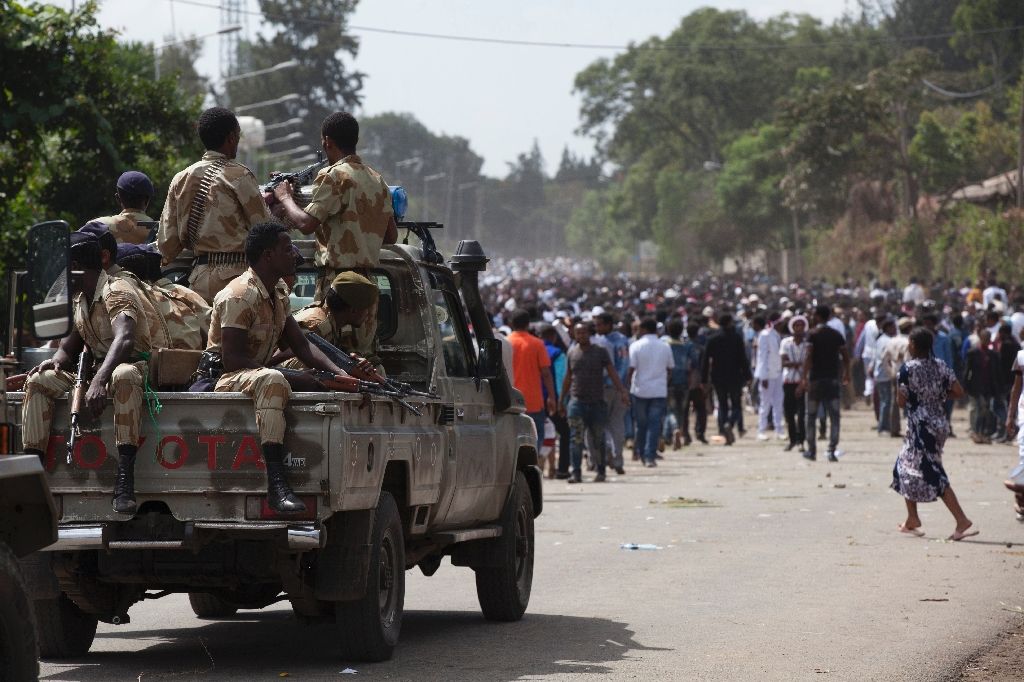 By Tesfa-Alem Tekle. As Ethiopia began mourning the victims of the deadly deadly stampede that occurred during a protest at a religious festival in the Oromia region on Sunday, violence spread to many parts of the East African nation.

The deadly stampede occurred after police fired tear gas and fired warning shots into the air to disperse thousands of anti-government protesters who staged violent protest in the early stages of a religious event taking place in Oromia’s Bishoftu town, located 40 kilometers south of Addis Ababa.

An estimated three million Ethnic Oromos from different areas of the vast region converged in Bishoftu to celebrate Irrecha, a popular thanks-giving day annually celebrated among the Oromo people.

Government officials and medical sources told Sudan Tribune that the death toll from Sunday’s stampede had risen to over 50, with hundreds injured.

But opposition officials from the Oromo community claim the figure could be much higher than what was being disclosed by the government.

Three days of national mourning for victims of Bishoftu was declared by government.

A statement the Ethiopian government said flags would fly at half-mast across the country and at its foreign missions, starting Monday.

As the horn of Africa’s nation mourns over the tragic incident violence however has continued in many parts of the Oromia region.

Reliable sources later today told Sudan Tribune that Oromo protesters and security forces have continued to clash in several parts of the Oromia region on Monday.

According to the sources, the anti-government protests have spread to many parts of the country’s most sensitive region and violence is taking place in areas, including at locations very close to the Ethiopian capital.

Multiple sources said the protesters, on Monday, blocked roads, burnt vehicles and attacked public and government properties as the violence spread in many locations.

The Oromia region, home for some 40 million of Ethiopia’s total 94 million populations had long been a scene of large-scale anti-government protests.

The Oromos say they are protesting against Prime Minister Hailemariam Desalegn government’s decades of long political and economic marginalization against them.

According to Human Rights Watch report issued in June, Ethiopian security forces have killed more than 400 protesters and arrested tens of thousands more during widespread protests in the Oromia region since November 2015.

The rights body urged the government to support a credible and independent investigation into the killings, arbitrary arrests, and other forms of abuses.