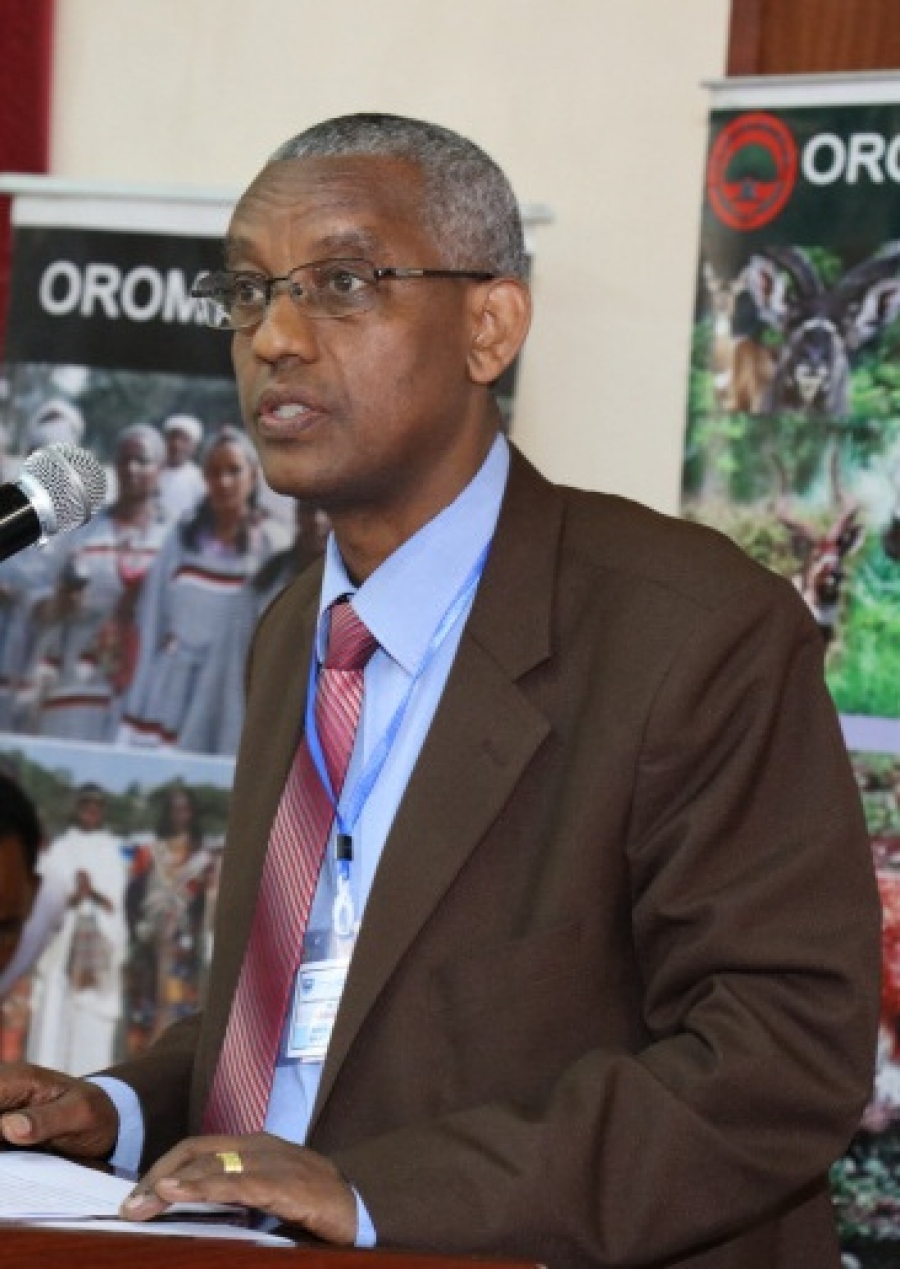 Speaking at the event, Education State Minister Dr. Kaba Urgessa said that the diverse culture, language, economy and natural resource, conservation of cultural values and indigenous knowledge of many of nations and nationalities of Ethiopia including the Oromo is not well addressed in researches.

“Besides its contribution to the Oromo studies, the Conference could initiate others to conduct research on other nations and nationalities culture and history in the country. To this end, other universities need to follow the footprint of Jimma University in promoting communities indigenous knowledge and wisdom.”

According to Dr. Kaba, before two decades it was unthinkable to establish an independent institution to study and research the Oromo, however, the democratic transition made in the country has given rise to such remarkable improvements.

Jimma University President Prof. Fikre Lamessa on his part said though the Oromo people represent large number and its language spoken by many other ethnic groups such as Somali, Harari, Agaw, Sidama, Kambata, Konso and many others and though the people have been practicing, democratic system of administration for centuries its values have not been promoted. “It is pity that all knowledge systems and practices these people exercised have not been recognized in Africa in particular and in the world at large.”

The right is on the ground it is up to the researchers as well as institutions to bring the case and go through practically. The indigenous values of societies are so constructive that could give us learn how we should react to any kind of challenges and resolve in its way.

Indicating that the Gada system has guided the religious, social, political and economic life of the Oromo for centuries, Dr. Taddesse Beriso from Addis Ababa University’s Institute of Ethiopia Studies said that the system is an indigenous knowledge institution of the Oromo that needs to be preserved.

According to Prof. Fikre, the University launched Institute of Oromo Studies (IOS) with a belief that the people’s indigenous knowledge are the sources for the huge potential in serving as an engine for scientific explorations. The IOS focuses on research and outreach centering the community.

It was learnt that in the two-day conference over forty papers were presented in relation to Oromo knowledge system and practices in various parts of the State.