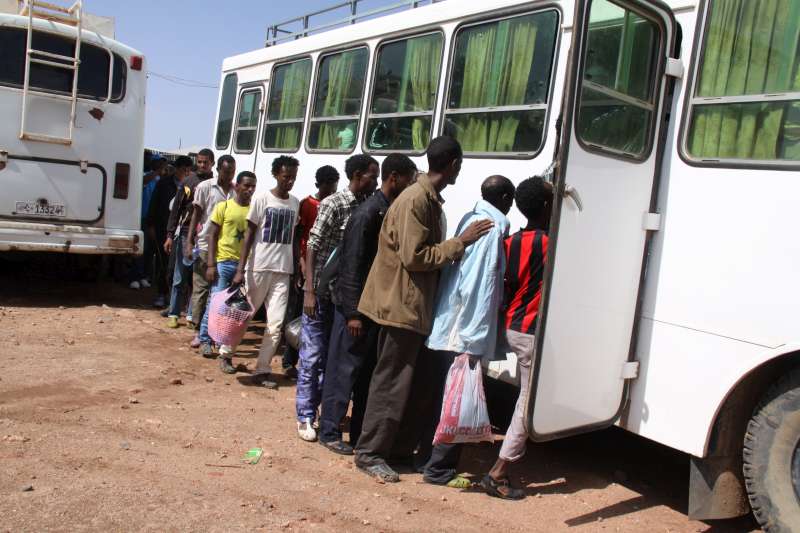 Many of those sent back were arrested as they tried to enter Libya from Sudan, with which the European Union is trying to work to manage the flow of migrants hoping to cross the Mediterranean.

UNHCR’s concerns over “collective expulsions” of Eritreans came a day after Human Rights Watch (HRW) said the deported Eritreans were likely to face abuse from a repressive government in their country.

The UN agency said at least 313 Eritreans were arrested by Sudanese authorities in the northern town of Dongola on May 6.

“They were tried and convicted of illegal entry into Sudan … and were forcibly returned to Eritrea on 22 May,” it said.

UNHCR said another group of 129 Eritreans was also deported a few days earlier.

Those deported on May 22 included six UN-registered refugees.

“Others had not applied for asylum but it remains unclear if they had been given the opportunity to do so,” UNHCR said.

“UNHCR reminds Sudan of its obligations under international and Sudanese law and urges the Sudanese government to refrain from forcible returns of Eritreans back to their country of origin.”

On Wednesday, HRW had severely criticised Khartoum over the latest deportations.

“Sudan is arresting and forcing Eritreans back into the hands of a repressive government without allowing refugees to seek protection,” Gerry Simpson from HRW said in a statement, warning they could “face abuse” on their return.

According to the United Nations, around 5,000 Eritreans risk their lives every month to flee the country.

Eritrea, which borders Sudan, is accused of jailing thousands of political prisoners.

Refugees from the repressive Red Sea state have in recent years made up one of the largest contingents of people risking the dangerous journey to seek a new life in Europe.