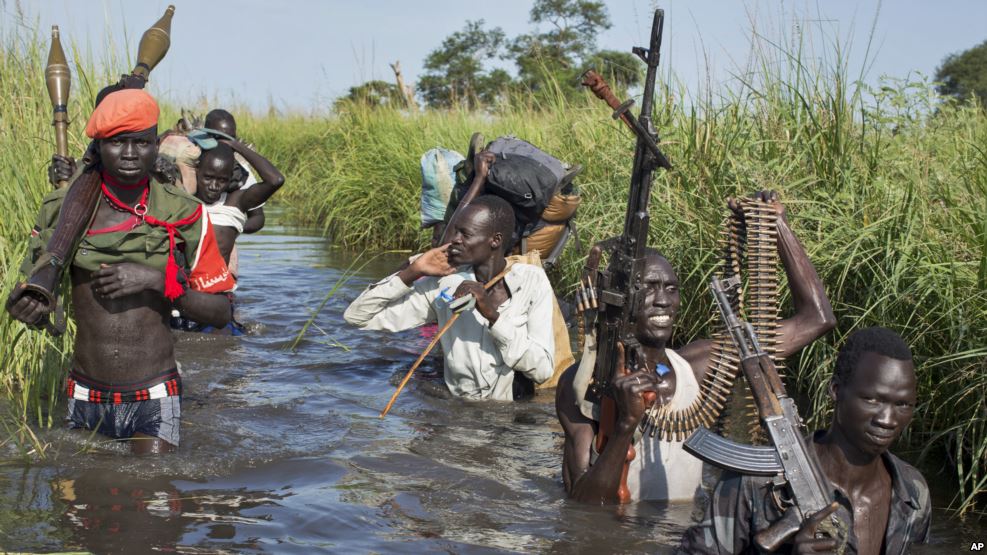 Stephane Dujarric, spokesman for the United Nations Secretary General, told reporters in New York that the UN was consulting with the governments of Congo and South Sudan “with a view of finding solutions for these combatants.”

He said MONUSCO, the UN peacekeeping body in the DRC, evacuated the soldiers days after their leader, Machar, was also airlifted into the neighbouring country due to exhaustion and swollen legs.

“MONUSCO reports that following recent events in South Sudan, a number of armed elements and civilians of SPLM-In Opposition have crossed into the Democratic Republic of the Congo. On 18 August, a day after the extraction of Riek Machar, the UN Stabilization Mission in the DRC (MONUSCO) delivered some basic assistance to SPLM in opposition in Garamba Park in Province Orientale at the request of the Congolese authorities,” the UN spokesperson announced.

“Between 24 August and 5 September, MONUSCO further extracted some 300 individuals, including 90 civilians from the Garamba National Park on humanitarian grounds, many of whom were assessed to be in life-threatening condition. Altogether MONUSCO handed over 117 of these individuals, including Riek Machar, to the DRC authorities,” he further explained.

He said all those SPLM in opposition elements who were armed handed over their weapons to MONUSCO before being evacuated.

The UN, he added, was engaging with the governments of DRC and South Sudan with a view to finding solutions for these combatants in line with its respective mandates.

Dujarric said the supporters of the former First Vice President, Riek Machar, were found in the area around Garamba near the South Sudan border and evacuated by the UN “so they can receive urgent medical assistance, pending their voluntary disarmament.”

Machar’s spokesperson, James Gatdet Dak, also confirmed that a number of their troops who accompanied their top leader to the DRC border from the South Sudanese capital, Juba, crossed into the DRC.

He said many of them, including some political and military leaders, were extremely exhausted, with many falling sick due to over five weeks of trekking through the vast Western Equatoria region and were exposed to harsh cold and rainy weather. He said the situation was coupled with continued fighting as President Salva Kiir’s forces were attacking them.

He said the officers and troops that crossed into DRC will be transported into the opposition’s controlled areas to join their leader.

South Sudan gained independence from Sudan in 2011, but it was rocked by a civil war that began in December 2013 when government forces loyal to President Kiir, an ethnic Dinka, battled rebels led by Machar, his former deputy who is a Nuer.

At least 50,000 people were killed in the fighting and over 2 million people were displaced.

Again, a peace deal signed in August last year by the two rival leaders collapsed on 8 July when clashes resumed in the capital, forcing Machar out of the city and government.(ST)