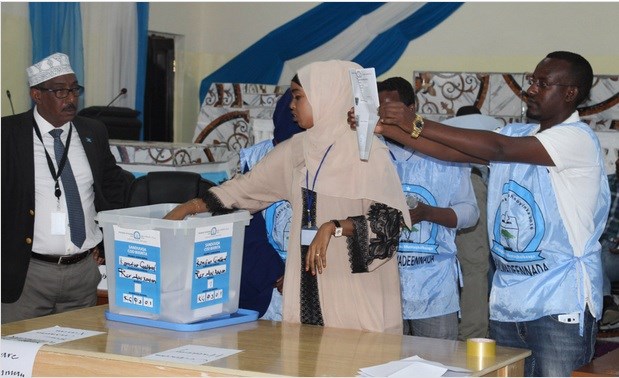 Noting that the electoral process in Somalia is “going much better than many predicted,” the United Nations envoy in the country underlined the need to ensure that the legitimacy of the process is preserved and called on electoral bodies to investigate any credible reports of violations of rules and regulations.

“It would be highly counterproductive if instances of abuse, rule breaking and misconduct tarnish what otherwise promises to be a remarkable achievement,” the Special Representative of the Secretary-General for Somalia, Michael Keating said in a statement today.

“It is essential that credible reports of violations of the rules and regulations governing this process are investigated by the Indirect Electoral Dispute Resolution Mechanism (IEDRM), and appropriate action taken to preserve the legitimacy of the process,” he added.

According to the statement, UN along with a range of international partners, including African Union, European Union, Inter-Governmental Authority on Development, Ethiopia, Italy, Sweden, the United Kingdom and the United States also called upon the members of Somalia’s National Leadership Forum (NLF) to use their authority and influence to prevent abusive and unfair electoral practices.

They also congratulated the national authorities and in particular the country’s ad hoc electoral bodies for the progress achieved thus far on elections for both houses of the next federal parliament and recognized the positive role played by many traditional elders in resolving intra-clan disputes.

The international community also underscored the important role of the IEDRM in in reviewing the many complaints it has received from registered candidates in order to assess the credibility of their grievances on an individual basis.

“It is healthy that many malpractices have been exposed and rectified,” the statement noted, however, also raised concern over a number of high-profile incidents of disregard for the rules and regulations, including corruption and vote-buying, as well as harassment and intimidation of candidates, electoral college delegates, traditional elders and others.

Underscoring the importance that the new parliament and the incoming federal government are elected according to the rules established by the NLF and implemented the federal and state-level electoral implementation teams, the statement added:

“The actual and perceived legitimacy of the process are critical to the acceptability and credibility of parliament and the incoming federal government.”