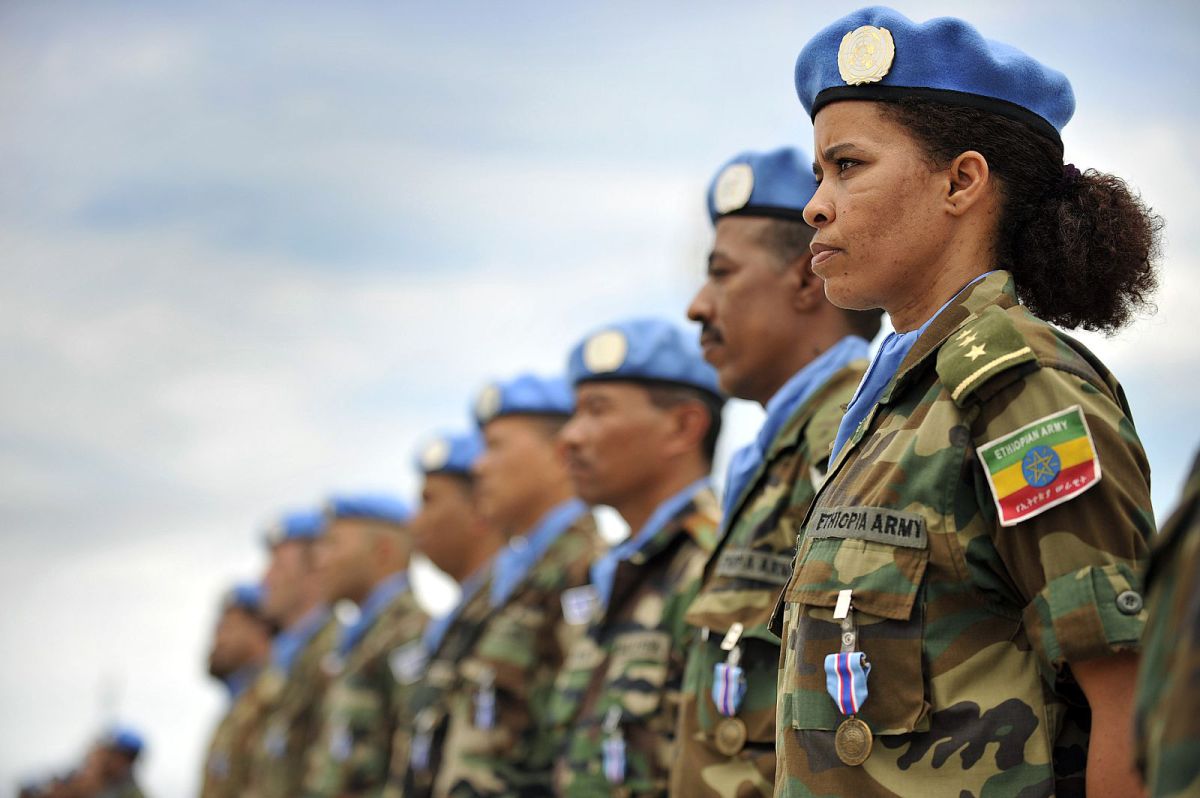 Share on Facebook
Tweet on Twitter
ADDIS ABABA (HAN) May 23.2016. Public Diplomacy & Regional Security News. The United Nations honored eight Ethiopian peacekeepers who sacrificed their lives in serving under the UN flag and Blue Helmet to advance the cause of safeguarding international peace. The UN honored the peacekeepers late last week during the International Day of UN Peacekeepers celebration held at the United Nations Headquarters with the theme: ‘Honoring our Heroes.’

According to Ethiopian Mission at UN, the Ethiopian peacekeepers were honored with other 128 from across the world who posthumously received the Dag Hammarskjold medal which was named by the former Secretary General who played an important role in the development of the United Nations Peacekeeping.

Ethiopia’s Deputy Permanent Representative to the UN and Charge D’Affaire Ambassador Mahlet Hailu received the medals on behalf of the fallen peacekeepers. Of whom Private Baraki Mehari and Corporal Negasi Gebrekristos who served with the United Nations–African Union Mission in Darfur (UNAMID) and 2nd Corporal Adilal Zelelew, Corporal Sali Hoshe and Lieutenant Tsegazeab Gebreyesus who served with the United Nations Interim Security Force for Abyei (UNISFA) were among the receivers of the honor.

Corporal Kebede Mesegenaw, Captain Tewodros Abebe and Berhane Zewolde who served with the United Nations Mission in South Sudan (UNMISS) were as well the receivers.

Secretary General Ban Ki-moon said that the peacekeepers manifest the best attributes of global solidarity, courageously serving in dangerous environments to provide security to some of the world’s most vulnerable areas.

It was learnt that the Day offers a chance to pay tribute to the Blue Helmets invaluable contribution to the work of the Organization and to honor more than 3,400 peacekeepers who have lost their lives serving under the UN flag since 1948, including 128 last year. Currently, over 124,000 military, police and civilian personnel are deployed in 16 peacekeeping operations on four continents.