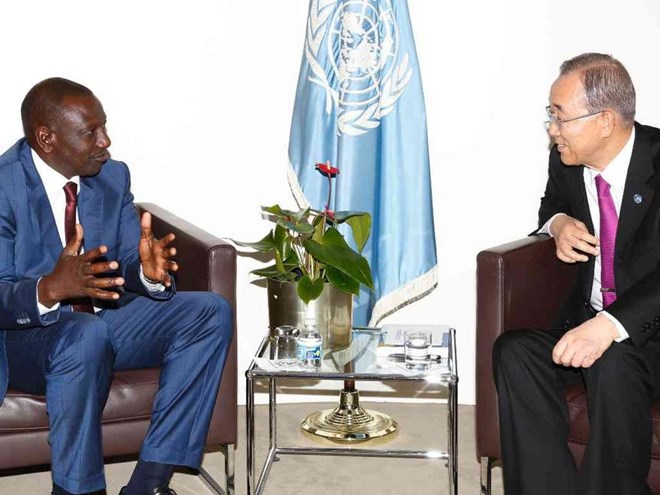 UN Secretary Genaral Ban Ki-moon on Monday met with Kenya’s deputy president William Ruto for discussions on issues of peace and development in the Horn of Africa region.

The secretary-general commended Kenya’s generosity and continued commitment to lasting peace and stability in Somalia, South Sudan and Burundi, the spokesman said.

The meeting took place as world leaders are gathering at UN Headquarters in New York for the annual high-level debate of the UN General Assembly, which is set to kick off here Tuesday.

Ban was particularly happy with Kenya’s remarkable role as a refugee hosting nation and welcomed Kenya’s commitment to abiding by its international obligations regarding the repatriation of refugees.