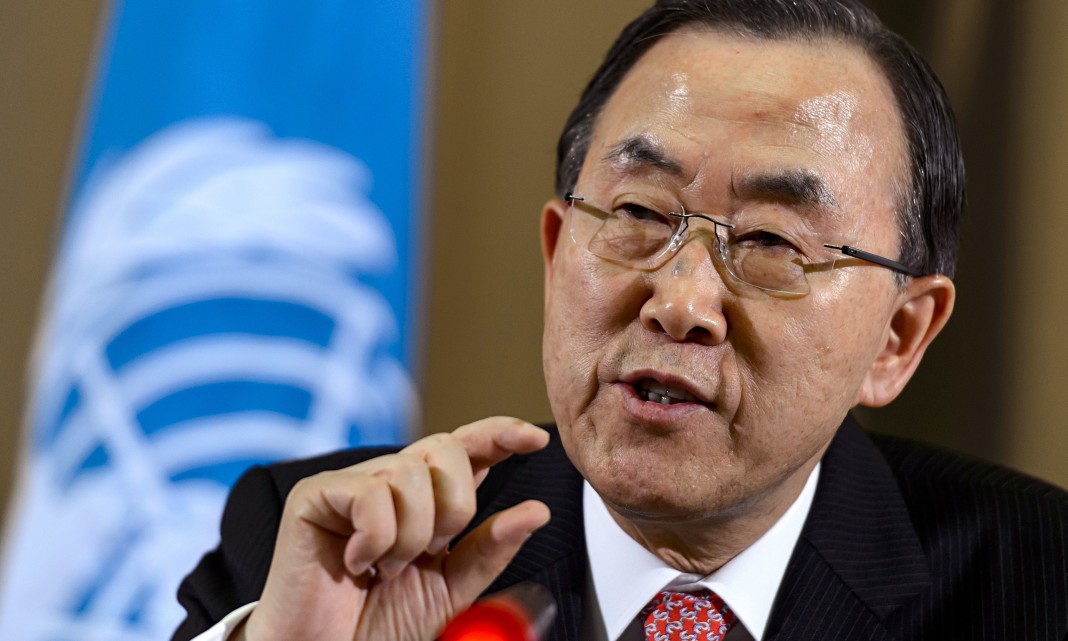 JUBA (HAN) July 12.2016. Public Diplomacy & Regional Security News. The United Nations Security Council should impose an immediate arms embargo, enact additional targeted sanctions on leaders and commanders blocking implementation of the peace deal, and to fortify the UN mission in the country, which has seen a resurgence of deadly violence in recent days, its Secretary-General said.

“This is the time to massively reinforce UN action. When a Government cannot or will not protect its people, and when warring parties seem more intent on enriching and empowering themselves at the expense of their people, the international community has a responsibility to act,” said Ban Ki-moon.

The 15-member Security Council is scheduled to meet on Tuesday.

“I call on the Security Council and the entire membership of the United Nations to rise to this moment and protect the human rights of South Sudanese,” he added.

The 15-member Council on Monday condemned the deadly violence in South Sudan and urged calm in the wake fresh clashes in Juba between soldiers of the Sudan People’s Liberation Army (SPLA) and the SPLA in Opposition.

Two Chinese peacekeepers and a UN national staff were killed in the violence that engulfed the South Sudanese capital, Juba.

“The renewed violence is outrageous. It is yet another grievous setback. It deepens the country’s suffering. It makes a mockery of commitments to peace,” he stressed.

The New York-based Human Rights Watch also condemned the violence in South Sudan, calling on the Security Council to impose an arms embargo to end hostilities.

“This has been an issue that’s been kicked around the Security Council for months and months and months, but to have the secretary-general speak out in favor I think is incredibly important, and hopefully the Council will listen,” Kumar said in a statement.

The 15-member Security Council, which includes Egypt, Angola and Senegal, must vote in favor of an arms embargo for it to take effect.

“Once those 15 countries vote, then a global embargo is enforced and so anybody who continues to sell weapons or provide support militarily would be against international law,” Kumar said.

In the past, however, China and Russia have stood in the way of the Security Council’s approval of an arms embargo on South Sudan.

Despite the August 2015 peace deal that formally ended the war, which began in late 2013 after political disagreements between President Salva Kiir and then former Vice-President, Riek Machar, conflict and instability has spread to previously unaffected areas of the Greater Equatoria and Greater Bahr-El-Ghazal regions. (ST)