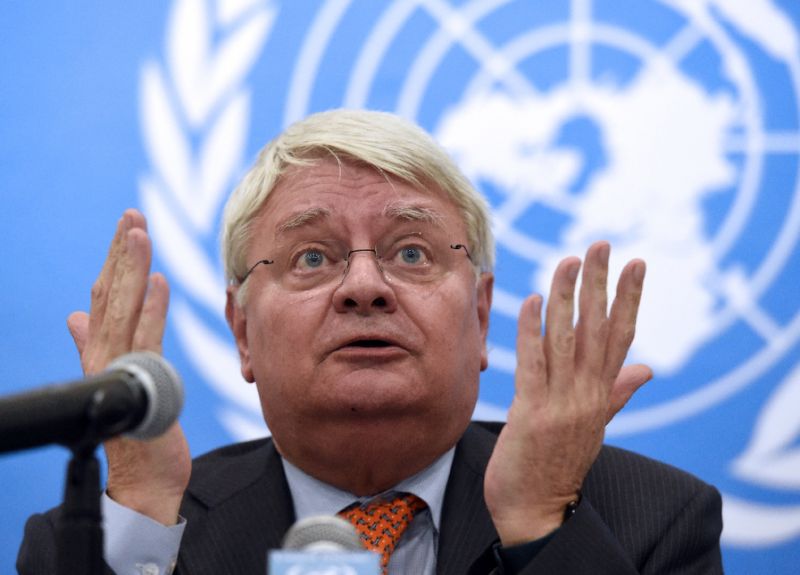 KHARTOUM (HAN) October 5.2016. Public Diplomacy & Regional Security News. U.N. peacekeeping chief Herve Ladsous Tuesday said the United Nations had no evidence on the use of chemical weapons by the Sudanese government in Darfur, and called on Khartoum to cooperate with future investigations by the Organization for the Prohibition of Chemical Weapons (OPCW).

On Thursday 29 September, Amnesty International accused the Sudanese army of using chemical weapons in Jebel Mara area in Darfur where it fights the rebels of Sudan Liberation Movement led by Abdel Wahid al-Nur (SLM-AW) which is not part of the peace process.

The rights group said its report was based on testimonies collected on the ground, on satellite imagery, and expert analysis of images showing injuries. But the government denied the allegations and stressed that it does not possess any type of chemical weapons.

In a briefing to the Security Council on Tuesday about the situation in Darfur, Ladous said the African Union United Nations Mission in Darfur (UNAMID) cannot investigate the situation or provide evidence about the claims because the hybrid operations has no access to the area where the fighting taking place in Jebel Marra.

“We have not come across evidence regarding the use of chemical weapons in Jebel Marra” because the government of Sudan has denied consistently any access by UNAMID to conflict areas in Jebel Marra and this obviously has prevented the mission from being able to monitor effectively and report on the impact of the fighting”.

He further said that the OPCW had stated, in an initial assessment, that it was not possible to draw any conclusions without further information and evidence being made available.

The French diplomat further called on the Sudanese government which he noted was a signatory to the Convention on Chemical Weapons, to cooperate with any future OPCW investigation on the accusations.

Also in a press briefing after the UNSC meeting, Ladsous reiterated his call saying “we encourage the Government of Sudan, which is a state party to the Chemical Weapons Convention to maintain, as it has stated it would do, full cooperation with any future investigation by the OPCW”.

Sudanese Ambassador to the United Nations Omer Dahab Fadl Mohammed in his speech before the Security Council meeting didn’t raise the issue of chemical weapons but the urged the international community to put pressure on ” those who did not wish to join the Dialogue”.

He further called on all those backing such groups to end their support. Emphasizing that spoilers inside and outside the country should not be allowed to prolong the conflict and “disintegrate” the country.

Mohammed had previously issued a statement denying the “utterly unfounded” accusations in the report and said it aims to disturb the ongoing African Union efforts for peace in Sudan.

“The allegations of use of chemical weapons by Sudanese Armed Forces is baseless and fabricated. The ultimate objective of such wild accusation, is to steer confusion in the on-going processes aimed at deepening peace and stability and enhancing economic development and social cohesion in Sudan,” he said.