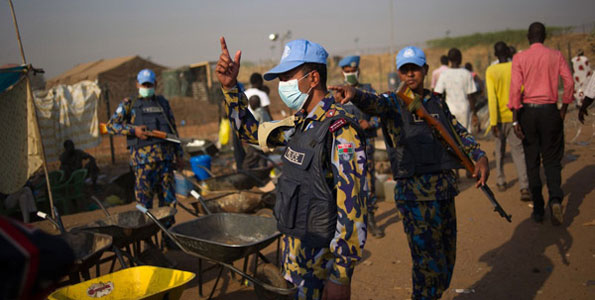 The UK already has 300 troops in Juba that since June have been involved in engineering works to strengthen infrastructure and offering advisory support to the UNMISS headquarters.

This comes as South Sudan President Salva Kiir’s government appears to be reneging on its commitment to allow the deployment of 4,000 regional protection force a few days after meeting a delegation from the UN Security Council in Juba.

Presidential spokesperson, Ateny Wek Ateny, issued a statement saying that government would not accept deployment of troops from countries sharing immediate borders with the young nation “because they have already developed conflicting interests the country.”

According to Tobias Ellwood, the Minister for the Middle East and Africa, Britain will also deploy about 40 troops to the African Union force in Somalia combating the Al Shabaab.

“When I visited Somalia last month I saw for myself that without security, the political progress made there may be lost. It is essential that Somalia’s security forces develop swiftly, work closely and effectively with the African Union Mission in Somalia (Amisom), and start to take on greater responsibility for Somalia’s stability,” said Mr Ellwood.

He made the announcement at a defence ministerial meeting in London where more than 80 defence ministers converged from September 7-8 to discuss UN peacekeeping commitments in the world.